Gender inequality in the workplace is down to bias, study finds 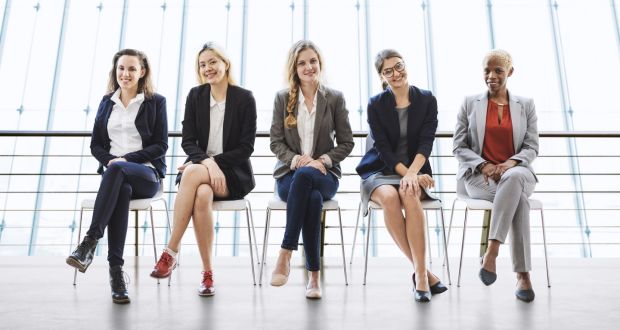 Gender equality remains frustratingly elusive. Women are underrepresented in the C-suite, receive lower salaries and are less likely to receive a critical first promotion to manager than men.

Numerous causes have been suggested, but one argument that persists points to differences in men and women’s behaviour. But do women and men really act all that differently?

We collected email communication and meeting schedule data for 500 employees in one office, across all five levels of seniority, over the course of four months.

We then gave 100 of these individuals sociometric badges, which allowed us to track in-person behaviour. These badges record communication patterns using sensors that measure movement, proximity to other badges and speech. They can tell us who talks with whom, where people communicate and who dominates conversations.

We went in with a few hypotheses about why fewer women ended up in senior positions than men: Perhaps women had fewer mentors, less face time with managers or weren’t as proactive as men in talking to senior leadership.

But as we analysed our data, we found almost no perceptible differences in the behaviour of men and women.

Women had the same number of contacts as men, they spent as much time with senior leadership, and they allocated their time similarly to men in the same role. Men and women had indistinguishable work patterns in the amount of time they spent online, in concentrated work and in face-to-face conversation. And in performance evaluations they received statistically identical scores. Yet women weren’t advancing and men were.

Our analysis suggests that the difference in promotion rates between men and women in this company was due not to their behaviour but to how they were treated. This indicates that arguments suggesting women need to change their behaviour to succeed might miss the bigger picture: Gender inequality is due to bias, not differences in behaviour.

Bias occurs when two groups of people act identically but are treated differently. While programmes aimed at strengthening women’s leadership skills are valuable, companies also need to focus on the more fundamental problem of reducing it.

Companies need to approach gender inequality as they would any business problem: with hard data. When organisations implement a solution, they need to measure the outcomes of both behaviour and advancement in the office. Only then can they transition from the debate about the causes of gender inequality and advance to the needed stage of a solution. – Copyright Harvard Business Review 2017

Stephen Turban is an analytics fellow at McKinsey.Laura Freeman is a recruiting at Cruise Automation. Ben Waber is chief executive and cofounder of Humanyze.