Would advertising board jobs open the door to more women? 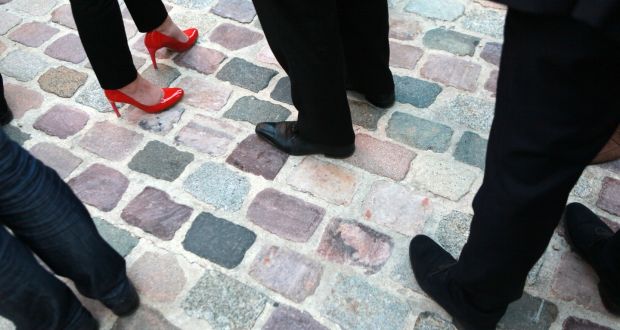 The reaction in UK boardrooms was “quite vehement” against the notion of placing job ads for board positions. Photograph: Andia/UIG via Getty Images

Of all the people I have ever known, I can think of only one who found a new job by answering an advert in the Economist. It was a shockingly impressive feat. He beat hundreds of people from around the world to nab a post at Interpol’s headquarters in the French gastronomic capital of Lyon.

I thought of him the other day as I was sitting in an overheated London hotel room at a business conference, where there was a lot of indignant griping about the dearth of women on company boards. More board seats than ever before now contain a female bottom, but progress is sluggish.

Women hold 29 per cent of board jobs in the 100 largest UK companies, more than double the share in 2011. But further down the ladder in the Ftse 350, a lot of companies have one lone female, and as recently as June, 10 boards lacked even that. Things are more dismal elsewhere. Worldwide, the share of board seats held by women is a paltry 15 per cent, despite years of prodding by ministers and pressure groups. In the US the number of female chief executives in Fortune 500 companies fell below 30 this year.

One woman asked a question I had never thought of before: why don’t more companies advertise boardroom jobs publicly?

Listening to this at the London conference, I doubt I was the only one wondering what more could be done. There is hardly a shortage of networking, mentoring, training and general nagging about making company boards look more like the rest of the world. Then one woman in the room asked a question I had never thought of before: why don’t more companies advertise boardroom jobs publicly?

Instead of relying on the chairman’s network of contacts to quietly sound out candidates, or a headhunter’s private list, why not simply place an advert somewhere like the Economist? My Interpol friend, a Canadian living in London, would never have known about the job in France without that global ad.

It turns out this idea is neither new nor welcome. The UK’s Cranfield University has been cranking out reports about women on British boards for the past 19 years and the one it did in 2010 had five key recommendations, including this one: “Advertise all non-executive director positions in the private sector.”

The reaction in UK boardrooms was “quite vehement”, one of the report’s authors told me last week. “We academics were told we didn’t know what we were talking about,” said Ruth Sealy, a management professor at the University of Exeter.

I can see why a company might baulk at letting the world know it was looking for, say, a new chief executive or financial director. It could affect the share price, not to mention any incumbents who had no clue they were about to be dumped.

Yet a lot of people insist that advertising even non-executive board jobs is fraught. Companies would be flooded with so many unsuitable candidates they would have to hire extra staff in HR, I was told last week, and there is no guarantee the best people will spot an ad the moment a board seat is vacant.

Even when government board jobs are advertised, they are rarely filled by total unknowns, said Heather McGregor, executive dean of the Edinburgh Business School and chairwoman of London’s Taylor Bennett search firm. “Usually what happens is that strong candidates are invited to apply.”

I can see all this, but I still think a lot more board jobs could be advertised openly. Picking someone for a role as important as this is surely worth some bother. And I do not believe the pool of suitable candidates is nearly as small or indifferent as some chief executives claim.

The UK wing of an outfit called Women on Boards that connects candidates with businesses says more than 23,000 women have joined it since 2012. More than 1,200 have found board jobs, though only about 5 per cent were at listed companies.

I am sure a lot of suitable women are shut out of jobs they simply never hear about. Stefanie Johnson, a US business professor who studies this stuff, says she knows of women who are hiring their own headhunters to get a foot in the door.

At the very least it seems sensible to ask companies to either advertise a job or explain why they didn’t – a step UK regulators will encourage from January for non-executive directors. This won’t open up the black box of boardroom hiring completely, but it is a good first step. It should be followed by many more.