Workplace silence may not always be golden 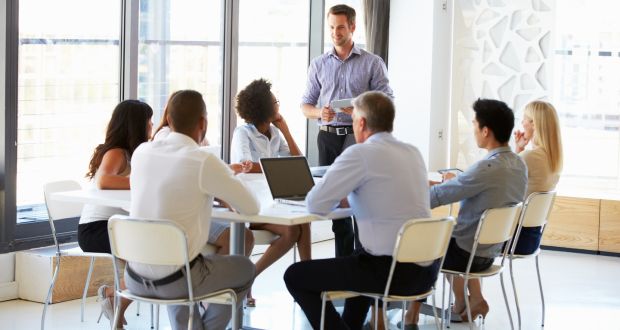 Many workers in Irish organisations are silent in their workplaces out of fear of the consequences of speaking up, research indicates. File photograph: Getty Images

Silence may be a virtue but, when it comes to the workplace, silence can be more complicated and difficult to interpret. It can imply consent or acceptance of an initiative. However, it may also be a signal of problems in a team or workplace, and a red flag that managers ignore at their peril.

Take the example of Karen, a senior manager in a medium-sized Irish firm. She recently implemented a new policy for after-sales customer service at her monthly sales team meeting. Beyond a number of minor queries, her team appeared not to have any problem with the idea, so she rolled it out as a new standard procedure. Several months later, she was surprised to realise that the new policy was facing quite an amount of resistance from team members. She could not understand why none of the team had brought up any issues at the earlier meeting.

Karen had fallen foul of a common managerial error of assuming that employee silence on an issue equates to consensus or approval of that issue.

Why don’t we speak up?

In 2017, our research team carried out a study of workplace silence among more than 300 employees across a range of Irish industries. It revealed that many workers in Irish organisations are silent in their workplaces out of fear of the consequences of speaking up.

We found that this often leads to frustration and feelings of exclusion, and ultimately results in employee disengagement from work-related issues.

We also found that employees are likely to stay silent rather than speak up about matters when they believe that speaking up is futile, as their contribution is not valued.

What does appear to provoke employees to speak up is being angry about workplace transgressions.

The study of employee silence is only in its infancy. Following some seminal work by psychologist Linn van Dyne and colleagues at Michigan State University, we now understand that there are several different motives for silent behaviour at work.

There is one positive form of silence – prosocial silence – where an employee remains silent to assist a colleague, perhaps giving him/her time to learn or experience something new. Counselling psychologists have long understood the positive effects of prosocial silence as a means of helping a client find their own meaning and solutions to issues rather than the counsellor delivering the solution.

Then there are two negative forms of silence, known as defensive and acquiescent silence. Defensive silence is a self-protective silence where an employee stays silent because they fear the consequences of speaking up, especially if their point might conflict with that of their manager or work colleagues.

Perhaps even darker is acquiescent silence or resigned silence, where the employee believes there is little point in speaking as they will not be listened to or are not valued. Employees characterised by this passivity and disengagement are unlikely to be either productive or innovative.

In the contemporary workplace where open knowledge exchange is so important, it is imperative that managers realise that employee silence does not always denote acceptance or contentment. It can frequently be a symptom of worry about speaking out or passive resignation to the belief that they will not be listened to anyway.

So, when faced with silence, how should managers respond?

Our research, published in the Journal of Occupational and Organizational Psychology, identifies the importance of managers taking a proactive approach to ensuring that employee opinion of all shades is not just acceptable but is valuable and welcomed. Aiming to create a work climate where employees are encouraged to question and debate has been shown to foster innovation and engagement and minimise the likelihood of silence.

The cost of such a change is minimal and involves three simple steps that managers can take to reduce silence at work.

The bottom line is that encouraging your team to speak their minds pays dividends. Silence is not always golden.