Workplace perks have gone berserk – but do we care? 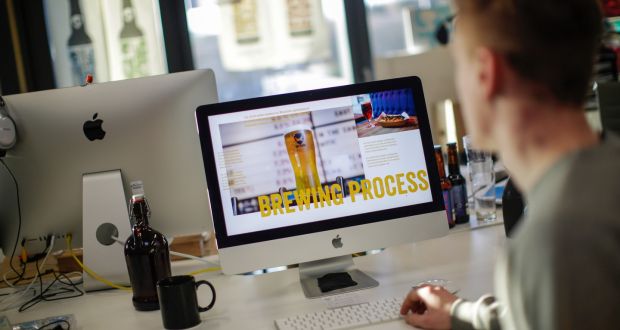 In Scotland, the BrewDog craft beer company offers people with a new dog a week’s leave to help settle it in. Photograph: Matthew Lloyd/Bloomberg

One of my first jobs was on a prawn trawler in northern Australia where I was hired as a cook and deckhand.

This was baffling considering I was just out of high school, could barely boil an egg and had never worked on a boat. But I was cheap and more or less willing, until the day the nets dragged up an enormous shark.

It was so heavy that the first mate, a short man with a terrifying temper, decided the only way to get rid of it was to tie a rope around its thrashing tail so it could be winched up off the deck and lowered back in the water.

After some effort, the creature was finally dangling vertically from its tail over the railings, its nose just inches above the water. As another deckhand was about to cut the rope to free it, the first mate yelled: “Don’t waste the rope. Cut the tail!”

To my horror, the deckhand sawed off the tail, just below the rope. The great fish plunged headfirst into the sea and sank to its certain death, leaving a bloody trail behind as it went.

It is fair to say that workplace relations were not enhanced by this event. But since we were far out at sea, days from land, and everyone from the captain down was scared of the first mate, there was nothing to be done about it.

Years later, whenever I was ever yelled at by an editor or aghast at some idiotic mistake I had made at work, I would look back to that day on the boat and think: could be worse.

The lot of the office worker has always seemed a haven compared with what millions of others endure. But I was reminded of how great the gulf between corporate life and blue collar work has grown the other day as I read a new book by Dan Lyons called Lab Rats: Why Modern Work Makes People Miserable.

Much of his polemic rings true. I especially liked the section on the “nightmarish hellhole” of open plan offices that are sold as a way to foster collaboration but instead make people grumpy and unproductive, all to save on overheads.

Yet as I got towards the end of the book, where Mr Lyons writes of sensible bosses who treat their workers well, I was struck by another Silicon Valley trend: the lavish perk.

I am sure that in extreme cases the modern office can be a joyless horror, possibly worse than a prawn trawler. But it is useful to remember that in recent years, it has also become a place of once unheard-of largesse.

At the Basecamp software company in Chicago, Mr Lyons reports that workers are not merely offered the usual suite of gym membership, massages and whatnot. For those who stay at least a year, the firm also pays for an annual vacation worth up to $5,000 (€4,384).

I had heard of Facebook’s egg-freezing and gender reassignment benefits, but not this far more useful paid annual holiday. I probably should have.

There has been an “explosion of diversity” in the types of perks companies are offering workers in recent years, say researchers at the Glassdoor jobs site, and not just in the US.

At UKFast, a British data hosting business, workers get a paid day off on their birthdays, a week’s leave for getting married, plus something called UKFest, an annual festival with live bands, free food and drink that it describes as a “mini-Glastonbury”.

In Scotland, the BrewDog craft beer company offers people with a new dog a week’s leave to help settle it in.

Interestingly, it is not clear if they should bother. Exotic perks might spur headlines but Glassdoor research in 2016 showed just three core benefits matter most to workers: health insurance; retirement plans and time off.

A more recent study suggests the number one perk desired by most workers is even simpler: natural light and outdoor views.

I sincerely hope this is true. It means that all those people working outside in fierce conditions, on land or at sea with not a gym membership in sight, might be the real workplace winners after all.