Workplace inequality: its days are numbered 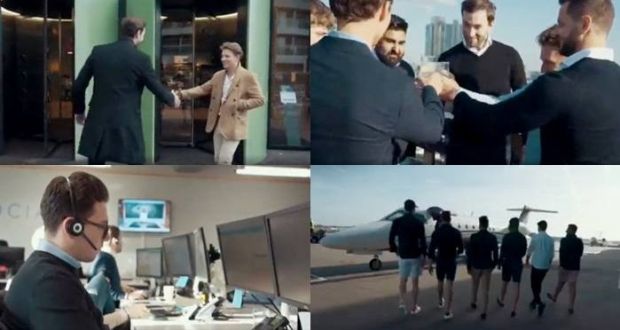 Two young men walk into a nondescript office. There are more chaps inside, some typing, some playing ping pong, some drinking on a roof terrace. Then six of them clad in shorts or chinos stride out to a runway and clamber aboard a gleaming white private jet.

So goes the 45-second video that a small London company called Haigh Associates posted on LinkedIn the other day to entice people to come to work for it. The response, it is fair to say, was unexpected.

LinkedInners fell over themselves to wail that the white man-filled video was “just terrible”, “preposterous” and “shit”. “Who would want to work here?” harrumphed a typical viewer. “Can’t say I’ve seen a video lately with such a total lack of diversity,” said another.

I had never heard of Haigh Associates before its video went viral and was surprised to learn it is in fact a recruitment agency. Or, as its website pompously puts it, “the next generation in talent acquisition”. It specialises in finding tech workers for the female-light IT industry, but even so it is rare to see an alleged recruitment expert do such an efficient job of outraging potential recruits.

It would be one thing if this were an isolated case of a single small company’s hapless stumble. But it underlines a wider dilemma: a rising demand for companies to address workplace inequality that many have no clue how to approach.

Some demand stems from the law. When UK organisations with 250 or more workers had to publish their gender pay gaps this year, 78 per cent of them admitted they paid men more than women. There is a push to widen that rule to include employers with as few as 50 workers from 2020, and ministers are looking at making bosses report ethnicity pay gaps. Regardless of what is happening legally, companies face growing consumer pressure to act.

The other day I was talking to a woman at a large UK company that, like hundreds of others, is trying to sort out what it should do to close its gender pay gap. “We’ll obviously do unconscious bias training,” she said. I am sure her company will not be alone.

Hauling employees in for a bout of training to show they harbour blind spots about the differences between men and women or black and white workers has become a go-to fix on the equality front. In the US alone it is estimated companies spend $8 billion (€6.95bn) a year on diversity training. No wonder. It is relatively cheap, easy to deploy, and far gentler than telling employees they are nasty chauvinists.

There is just one problem. While unconscious bias training can raise awareness, there is little evidence it changes behaviour, and some showing it can backfire.

In one study students gave a tougher rating to older job hunters after watching a diversity training video that asked them to suppress unfavourable ideas about the elderly.

It is also thought bigots can adopt a “moral licence” to discriminate after training once they are back in the office. As John Amaechi, a British psychologist and organisational consultant, puts it the unconscious bias concept has become “a ‘get-out-of-jail-free’ card for too many”.

Prof Bohnet and others say the trick is to change behaviour, not mindsets, unconscious or otherwise. That means looking for strategies that force people to be fairer, not think differently. Jobs can be advertised more widely. Adverts can be worded more carefully. Companies can put less weight on face-to-face job interviews and more on testing what a candidate really knows.

The list goes on. What works for one company might not suit another, and it all requires more initial effort than hiring a diversity trainer for a day.

But one thing is clear: the days when a company can safely do nothing are rapidly coming to a close. – Copyright The Financial Times Limited 2018