Workplace diversity is issue for majority not minority 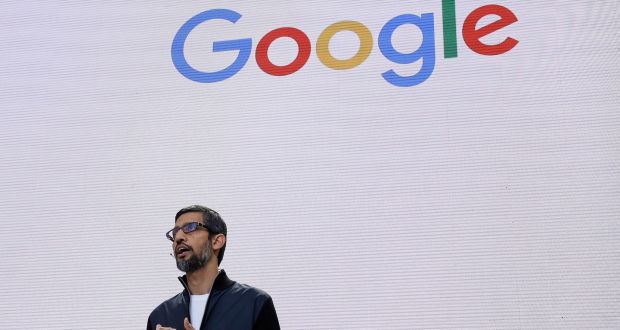 Google has gender-balanced its top team not because of incremental diversity efforts but because chief executive Sundar Pichai decided to appoint six women and seven men to run the business. Photograph: Eric Risberg

Deloitte has started a major debate in diversity circles by ending its women’s network and other affinity groups and starting to focus on . . . men. The central idea? It will offer all managers the skills to become more inclusive, then hold them accountable for building more-balanced businesses.

This is a reversal from the strategy large companies have been following for decades: focusing on empowering “out groups” through dedicated networks, known as affinity groups or employee resource groups.

The idea was to help these groups feel more engaged in corporate cultures created and dominated by straight white men. It was a well-intentioned idea and aims were achieved following that strategy. But the overarching objective and promise of these groups never quite materialised. Out-group employees rarely reached the top echelons of leadership.

The reality was that few of these networks were properly funded, their leaders were usually doing all the work in their spare time and the visibility they gained from running an employee resource group didn’t necessarily serve them well in getting a promotion to a big operational role in the business.

Over the decades, the efforts of employee resource groups also became a convenient excuse for a lack of progress. Their continued presence today allows men to say they “support women” (or people of colour or LGBT employees) and then explain the lack of representation at the top as a lack of skill or ambition.

As the American population grows ever more diverse, the meaning of “diversity” is shifting. The sum of all the groups considered to be minorities ends up being something entirely new: the majority. In this context, what was a radical idea in 1970 seems backward now.

Why tell the out groups they have to figure out how to fit in, instead of teaching the “in groups” how to reach out?

Today’s diversity challenge isn’t getting more people to adapt to obsolete norms of leadership. The challenge is to get all managers ready to lead vastly diverse businesses and respond to increasingly diverse customer groups.

If employee resource groups framed inclusion as a special-interest-group issue, then Deloitte’s shift to eliminate them is a powerful reframing. It’s a way of saying that diversity is everyone’s issue and that the dominant group is who needs to evolve.

The reality is that most female chief executives who get appointed to the top are selected, groomed and appointed by male leaders. Google recently gender-balanced its top team not because of incremental, organisational diversity efforts but because the chief executive, Sundar Pichai, decided to appoint six women and seven men to run the business.

Sad as I am to have to admit it, the future of female leadership in business is still in male hands. Which leaves us with the task ahead: to educate and convince today’s dominant group that inclusion is good for business. – Copyright Harvard Business Review 2017

Avivah Wittenberg-Cox is chief executive of 20-first and author of 7 Steps to Leading a Gender-Balanced Business.