Women twice as likely to be earning minimum wage as men 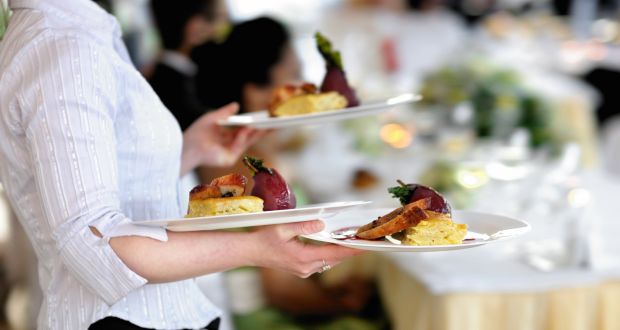 The ESRI’s study found that a high percentage of of female workers on minimum wage said they had taken up part-time work because it enabled them to look after children or other people. Photograph: Getty Images

Women are more than twice as likely as men to be earning the minimum wage, according to a study by the Economic and Social Research Institute (ESRI).

The percentage was substantially higher for women, however, with 6.9 per cent of female employees earning the lowest legally allowed wage compared with just 2.7 per cent of men.

The gender gap was driven by the fact that female workers were more likely to work in part-time jobs, in smaller firms or in sectors, such as accommodation and food, which typically paid less than other sectors.

Nonetheless, the finding will feed into wider concern about pay differentials between men and women, which have widened in Ireland since 2012.

The ESRI’s study found that the majority of female workers on minimum wage were employed on a part-time basis. It also noted that a high percentage of these women said they had taken up part-time work because it enabled them to look after children or other people.

“ This may be due to constraints facing females, such as the high cost of childcare, which limits their ability to transition from part-time to full-time employment,” the study said.

A significant number of female part-time workers on minimum wage also said they had taken up their roles because it enabled them to combine work with education and training.

“Overall, the evidence suggests that factors related to occupational segregation may be as important as family responsibilities in understanding the higher incidence of minimum wage employment among females,” it said.

The think-tank’s analysis revealed that foreign workers here were significantly more likely than their Irish counterparts to be in the lowest-paid jobs.

At 9 per cent, the incidence of minimum wage pay among foreign nationals was more than twice that of Irish employees.

The research also indicated that young people aged 18-29 had the highest exposure to the national minimum wage, at 13.9 per cent.

However, it also noted that the incidence of low pay among younger workers disappeared when tenure, job type, occupation and sector were factored in.

“This suggests that the higher national minimum wage incidence among young people is explained entirely by factors such as lower levels of experience and the type of employment undertaken,” it said.

However, foreign nationals were found to experience a higher incidence of minimum wage relative to Irish employees even after these factors were taken into account.

Contrary to what might be expected, the study also revealed that economically disadvantaged people made up a minority of the total population of minimum wage employees.

In total 28 per cent of employees on the minimum wage in 2014 were from deprived households, with the remaining 72 per cent coming from households that were not classified as being deprived.

Commenting on the report, the ESRI’s Seamus McGuinness said: “The study provides valuable information about factors that increase the probability of earning minimum wage in Ireland.

“It also identifies who would be affected by changes to minimum wage rates and if such changes would be an efficient way to combat poverty,” Prof McGuinness said.

Chair of the Low Pay Commission Donal de Buitléir welcomed the study, noting it would add to the body of research on minimum wage earners here “and increases our ability to make evidence-based recommendations on the national minimum wage.”