‘Women-only’ posts not the answer to gender imbalance – TCD academic 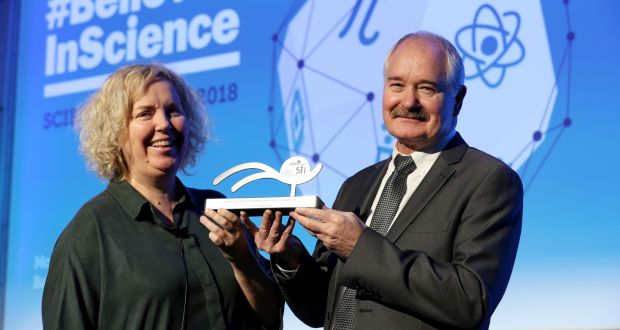 A senior Trinity College Dublin academic has said she is not sure if the creation of “women-only” professorships in third level institutions is the way to improve gender balance in the education system.

Prof Linda Doyle, dean of research at the university, said that from a feminist perspective there was a need to do something for women to ensure a greater number of them fill senior academic posts.

However, she said that based on limited information about the Government initiative, she did not know if it was the right approach.

Under the plan, up to 30 women-only professorships will be created at a cost of about €6 million over the next three years or so. It follows the recommendations of a taskforce which says dramatic steps are needed to ensure more women occupy key leadership positions.

Prof Doyle said the understanding was initially that if, through the colleges’ own processes, they hired “high-flying women”, additional money would be provided to the institute.

“This is something that makes huge sense, but what I can understand from what I have seen in the newspapers, there is something else being suggested, which are female-only posts. I don’t think that’s necessarily the best way to get to the end,” she told The Irish Times.

“This has been successful in some countries, but the key was not to lower the standard,” added Prof Ferguson.

Speaking at the SFI Science Summit in Dublin, he said a third of funding applications it received typically were from women, yet they almost matched men in securing approval.

We are limited in the number of promotions that we can do. So it’s very important that we sort that out

“It tells us that the problem is not with the agency. We are not discriminating against women. We just don’t get enough applications from women.”

Prof Ferguson noted extensive research which highlighted biological differences in men and women. He said men often had a “go-for-it attitude” and quickly concluded they were the best person for the role, while women were more thoughtful and often asked “is this the job for me now?”

Recognising such differences at the recruitment stage enabled the best people to be found, he added.

Prof Doyle said young researchers would be worried specifically about getting a post “that would be assumed to be not as good or worthy”.

She said there was a huge problem with the system for people to get promoted in academia, with limited opportunities arising.

“We are limited in the number of promotions that we can do. So it’s very important that we sort that out,” she said, adding that it was not clear what was meant by the term “professor” when mentioned as part of the initiative.

Prof Doyle said that overall it was welcome that efforts were being made to “perturb the system and get it on track”. She believed, however, it would need to be done in conversation with the third level sector to figure out the best way, rather than creating new inequalities.