Women are bearing the brunt of the Covid-19 recession

Women are bearing the brunt of the Covid-19 recession

Pilita Clark: Things have been unusually bad on many levels, starting with job losses 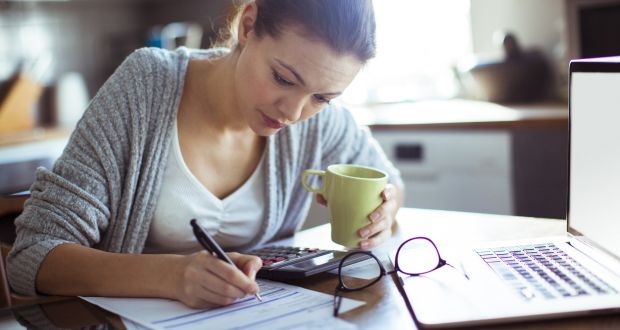 American women are twice as likely as men to have been working at the kitchen table in the pandemic, while men tend to have a home office. Photograph: Getty Images

Unless you are very rich, or look after the money of the very rich, you probably took zero notice of last month’s big industry awards bash for Britain’s wealth managers.

I would have ignored it too except that this year the private asset managers awards had a curious brush with controversy.

It happened at the start of the virtual gathering, when the event’s founder, James Anderson, veered off piste from some prepared remarks about how well the whole working from home thing was going.

He meant to say the discovery that jobs could be done well from home should help women whose careers had been set back by motherhood. Instead, he said it should help firms re-engage “with a highly competent, skilled workforce that currently has been sitting at home twiddling its thumbs and looking after the next generation”, meaning mothers.

This did not go down well in all quarters. “It was just so derogatory and condescending,” says Jenny Tozer, a wealth manager partner with more than 30 years’ experience in the industry. The idea that mothers ever had much thumb-twiddling time was “laughable”, she told me last week. It was especially wrong at a moment when women were under more pressure than ever.

Anderson says that, in the effort to speak into camera without notes, he misspoke. “I regretted it very quickly,” he said, adding a video of the awards was quickly edited to cut out the reference to thumbs.

Whatever one thinks of all this, I very much hope he is right to think the havoc unleashed by Covid-19 contains some good news for women. It has been unusually bad on many levels, starting with job losses.

We have grown used to seeing men in blue-collar jobs bear the brunt of recession retrenchments. This time is different. More women are in paid work and they have held a lot of the jobs being axed, in sectors such as retail and accommodation. There is already talk of a “she-cession” in the US, where the unemployment rate in July was 9.4 per cent for men and 10.5 per cent for women.

People speak of a “pink recession” in Australia, where researchers say the number of women employed fell 5.3 per cent early in the outbreak, compared to 3.9 per cent for men.

Another new thing: schools – and childcare centres – have closed, and mothers have taken up the slack. In the UK, mothers of primary school-aged children spent an average of five hours a day on home schooling, one study found, while fathers spent two.

Small wonder another UK report found mothers were 1.5 times more likely than fathers to have either lost their job or quit since the lockdown started.

One could go on, about the fact that globally, women make up 70 per cent of health and social care workers, putting them at risk of infection.

Or about the global rise in domestic violence during lockdowns that the UN calls a “shadow pandemic”. Or the UK data suggesting that pre-crisis, most personal protective equipment was not designed to fit women properly. Or the less disastrous but still annoying news that American women are twice as likely as men to have been working at the kitchen table in the pandemic, while men tend to have a home office.

There are, of course, other factors besides gender to consider in this turmoil, such as race, class and income. It is also obviously the case that men are suffering too. Most alarmingly, they have been more likely to die of Covid-19 than women in some places.

Yet male leaders have also been mostly in charge and the results have at times been almost funny. One can see how a prime minister like Australia’s Scott Morrison, whose cabinet is crammed with balding men, once thought it reasonable to limit hair salon appointments to just 30 minutes.

That is just a small reminder of the more serious fact that we are still learning how the burdens of this crisis are falling – and how different they already are from those of crises past.