Wild Geese: ‘There is great gender equality in the workplace in Dubai’ 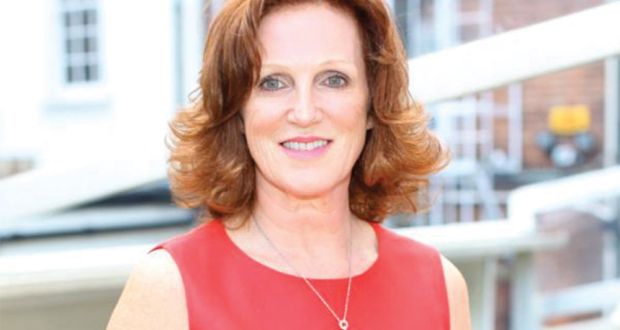 Like many other college graduates in the early 1980s, Sinéad El Sibai headed for the UK.

“Ireland was in the depth of recession at the time and there were very few opportunities in the creative field that I wanted to enter,” she recalls. Things were much better in the UK, at least in her chosen field of advertising.

Undaunted, the Dubliner then turned her attention to banking.

“Things were also difficult in the UK, but there were more opportunities there if you were willing to change your plans, which I did,” she explains.

“I worked in ABN Amro in Manchester for a few years,” she says, “but following a visit to my sister Siobhán in Dubai in 1987, I decided to pack up my bags and head to this exciting city. I’ve never looked back.”

As a young banker arriving in Dubai in 1988, Sinéad was determined to return to her original career plans and enter a more creative field than financial services.

“Dubai was a very different place back then, it was a much smaller community, and everyone knew each other,” she recalls. “But, even then, it was clear that Dubai had ambitions to be the leading hub that it is today, and the hospitality, aviation and travel sectors were all booming.”

Sinéad quickly got a job in a leading advertising agency, Fortune Promoseven, and was part of the original team to set up its PR division. That gave her the opportunity to use her creativity, whether working with the design team on advertising campaigns or with media on interviews and other articles, and she ultimately managed major launch events.

It was a great training ground for what has been a 30-year career in PR and marketing, she says. And not just that.

I met my husband Jihad in the agency when I first started working here. He is Lebanese and we were married in Dubai within a year of dating. We have three sons, Conor, Daire and Liam, so all Irish names mixed with the Arabic surname.”

In 2000 she joined the marketing department of Dubai Duty Free, “a much-admired former client from my agency days”, which was headed up by Galway man Colm McLoughlin, who is the executive vice-chairman and chief executive.

Dubai Duty Free is part of the government of Dubai, and part of its brief since opening in 1983 has been to promote Dubai to a global audience. As such, its marketing role is extensive and organising large world-class events has been part of the job spec since day one.

These events have included the Dubai Duty Free Tennis Championships, which attracts the top tennis players in the world. The event is primarily managed in-house, with the business’s chief operating officer, Ramesh Cidambi, heading the organising committee and another colleague, Salah Tahlak, as tournament director.

“The event generates an estimated $1 billion worth of TV exposure and is our largest event,” she says.

Sinéad also works on sponsorships, which brings her back to Ireland frequently.

“It has been very rewarding to see how this tournament has grown since our involvement and that of the Rory Foundation,” Sinéad says.

The variety of her job is one of its most appealing aspects for Sinéad, as well as being part of “a fantastic team of staff, most of whom began working on the shopfloor and have worked their way up to more senior positions”.

“What first attracted me to Dubai was its ‘can do’ attitude. It’s infectious and really encouraged me to move outside of my comfort zone workwise, for which I am grateful.

“There is also great gender equality in the workplace, which may surprise some people. In all my years of working in Dubai, I have never experienced any gender issues in relation to my career. That is reflected in our executive team at Dubai Duty Free, with senior positions split equally between men and women,” Sinéad says.

Generally speaking, Irish people do very well in Dubai, she says. They are seen as hard-working, ambitious, and honest, with strong family values, which is in line with UAE culture, according to Sinéad.

“Dubai is still a land of opportunities and, while it is now a much bigger city than I first encountered, with a population of 3.2 million, it still is a very open and welcoming business environment.”

Sinéad says there is a strong Irish community in the city, both on the social side – with the Dubai Irish Golf Society and the Dubai Celts, among other groups – and on the business side with the Irish Business Network Dubai.

The establishment of the Irish Embassy in the UAE a few years ago was a great step and all of the ambassadors since then have been actively involved in the Irish community, she adds.