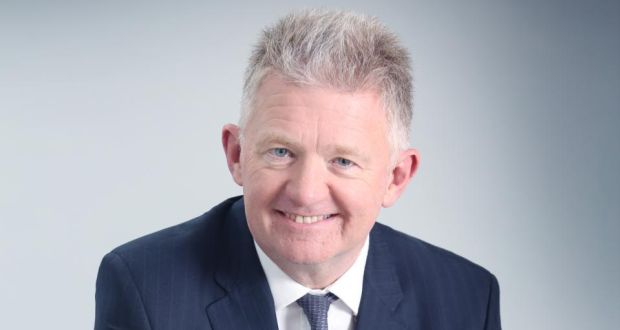 Since leaving Ireland in 1981 as an accountant on an 18-month-long international exchange programme in South Africa, Dublin-born Ian Kirk has carved out an impressive career in his adopted country’s financial services sector.

For much of the 1980s, he cut his teeth in the industry in Johannesburg, doing computer-based auditing work with multinational PricewaterhouseCoopers. He also travelled the globe to avail of specialised training opportunities in insurance and systems auditing.

Thereafter, the 60-year-old from Deansgrange in south Co Dublin went on to establish a small insurance company, AGA Holdings, in 1995, which became Capital Alliance Holdings in 1996.

“There were over 30 active life insurance companies in the market at the time, but many of them were operating below scale,” he says. Effectively Capital Alliance bought failing insurance companies’ policies. It went from having 50,000 of these to more than 1.2 million by the time Kirk sold the operation to leading financial services company Liberty Life in 2004.

“By 2004, we had integrated 11 of these firms into Capital Alliance and had become the fifth-largest player in the market. We were successful because we learned how to manage the polices more efficiently than our competition,” he said.

In 2006, Kirk started working for his current employers, the Cape Town-based insurer Sanlam, one of the biggest players in South Africa’s financial services sector. Over the course of the following decade, he worked his way up through the ranks to become the company’s chief executive in 2015.

In terms of the business cultures of Ireland and South Africa, Kirk believes many entrepreneurs and corporates in his adopted home are more introspective than their Irish counterparts at present, primarily because of their history.

This “inward-looking approach” is for the most part a hangover from the adverse effects of apartheid, he said, which left South Africa isolated from the rest of the world before its demise in the early 1990s.

“Irish business people have become much more open to, and understanding of, foreign business cultures and practices. I guess they are very European in their outlook because of their European Union membership.

“When I came here in the 1980s, there were English-speaking businesses and Afrikaans-speaking businesses, and no one really invested in Africa. Also, because of things like currency controls set by the apartheid government, international investing was difficult.

“In the early 1990s, business here started to learn what the Irish did in the 1970s and 1980s. Now, under the new democratic dispensation, some South African businesses are beginning to expand into the continent and are reaping the benefits,” he said.

In terms of major challenges facing Ireland’s and South Africa’s respective business communities, Kirk sees both currently facing similar tests in the workplace. In Ireland Kirk says one of the key issues facing businesses is gender equality in the workplace, while in South Africa it is about black economic empowerment and how to transform companies so that they are inclusive of those who were disadvantaged by apartheid.

“When it comes down to it, both countries are grappling with trying to ensure that everyone is treated fairly. At the same time, a system of meritocracy must prevail if businesses are to thrive. Without meritocracy, you will run into serious trouble.

“Transforming one’s company so that it reflects the demographics of the country is also a very good business imperative in South Africa. Most of our clients today are younger than in the past, and are black rather than white. If you want to be successful, the workforce ultimately must reflect the market you are serving,” he says.

Kirk does not only talk the talk. Under his watch, Sanlam recently issued 111 million new ordinary shares (5 per cent of its total share capital) to an entity held by broad-based black economic empowerment shareholders.

Upon concluding the transaction, the insurer increased its black economic ownership to more than 35 per cent, a move that was broadly lauded by the market, with the company’s share price rising by 5 per cent.

Kirk says that, despite going through a difficult decade in terms of governance and economic growth, South Africa has a brighter future that will provide lots of opportunities for Irish people who have the right skills.

“Irish engineers, data scientists and people in the medical field who come here over the next couple of years will be well positioned to benefit from a continent that still needs to develop rapidly.

“If we assume that South Africa recovers economically and socially, then the opportunities that will become available here and also in Africa are massive.

“The fact that many Irish business people are used to different cultures because of their experiences in Europe means they can feel confident about operating in South Africa and across the continent,” he says.