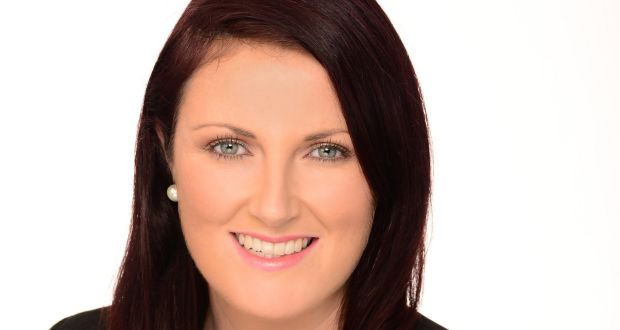 Travelling is in Stephanie Lyons’s blood. She grew up in Donadea, Co Kildare, but went to boarding school in Dublin. She moved to Cork to attend UCC where she studied commerce and German, and spent a year in Germany as part of her degree.

And nine years ago she moved to Sydney.

Lyons was working with KPMG in Dublin in 2009 before she moved to Australia. “I had come to the end of my training contract and had qualified as a chartered accountant. The global financial crisis was hitting and they weren’t really retaining people, so there wasn’t really a choice to stay. But my intention was to go travelling for a year anyway.”

Having always felt an affinity with Australia, mainly due to its better weather and outdoors life, she headed there “to pursue my career and dreams”, and has made good on both aims ever since.

After spending eight months backpacking around Australia, New Zealand and some of the Pacific islands, Lyons got in touch with KPMG’s Sydney office.

“I ended up doing an interview when I was travelling in a van around twisty roads in New Zealand, hoping the network coverage wouldn’t drop out.” The network was solid and she got the job.

After a few years there, she moved to the Energy Industries Superannuation Scheme (EISS), which had been one of her audit clients at KPMG.

“In Australia, employers pay 9.5 per cent of annual salary into a pension fund called superannuation on their employees’ behalf. This can’t be touched until you are about 60, depending on regulatory requirements.

“It’s a huge benefit, living in Australia, that you are guaranteed a pension that is accumulated over your working life, so you can have a much more comfortable life in retirement, rather than relying on the aged pension,” Lyons says.

“I know they are introducing it into Ireland on a voluntary basis soon. It’s a pretty important initiative and I think Australia is the pinnacle to the world in how they plan for people’s retirement.”

Her current role at EISS is as chief risk officer, a job which did not exist at the scheme before she was hired. In the four years she has been there, the funds under management at EISS have increased from 4.3 billion Australian dollars (€2.74 billion) to A$5.5 billion, while fund membership has increased to more than 22,000 people.

Lyons’s philosophy for continued success in the superannuation industry is succinct. “The best way to protect against changes to our industry is to ensure that our brand is strong. Strong branding happens from the inside, out. So while our competitors are outsourcing, we’re doing the opposite.” The proof of that is staff numbers at the company have increased from nine to 70 in four years.

Her success led to her winning the young professional of the year award at the recent 2018 Irish Australian business awards.

Lyons says being Irish has helped her career in Australia. “They always have your back, they are always really encouraging of you. I think it’s something to do with the accent or the nature of Irish people, that people naturally warm to you and find you interesting and funny.

“Because of that, Australians tend to really engage with Irish people and welcome them in with open arms. They are relaxed, they like a beer and enjoying themselves, and that is commensurate with the Irish nature.

“A lot of Irish people in Australia are very successful and that is a testament to Irish people’s hardworking nature. Australians really like the way Irish people are very diligent and resilient.”

Despite her busy work life and also volunteering at the children’s hospital in the Sydney suburb of Randwick, Lyons also finds time for her other great passion, boating.

“We had a boat in Kinsale, Co Cork when I was growing up. My dad was big into sailing and boating. Every summer we used to go down to Kinsale and spend the summer on the boat, cruising around.”

She realised a dream when she took part in the legendary Sydney to Hobart race in December 2016 as part of the Wild One yacht crew. “We trained and took part in quite a lot of races before the Hobart race.

“First and foremost I wanted to do it, to finish it, and that’s what I did. It was challenging along the way. We lost two sails, our main tore in half, but overall it was a fantastic experience and I made a lot of great friends out of it. It was tough, it took a lot of resilience, but we got there in the end.”

Lyons has some basic advice for anyone in Ireland thinking of moving to Australia.

“Don’t be afraid to leave home. A lot of people are very shy of packing their bags and taking an opportunity and going for broke, but do pack your bags, try a different culture and environment. It’s important to get out and give it a go.

“The opportunities that I’ve had in Australia, I would never have had in Ireland.”