Wild Geese: a business coach and author who challenges the status quo 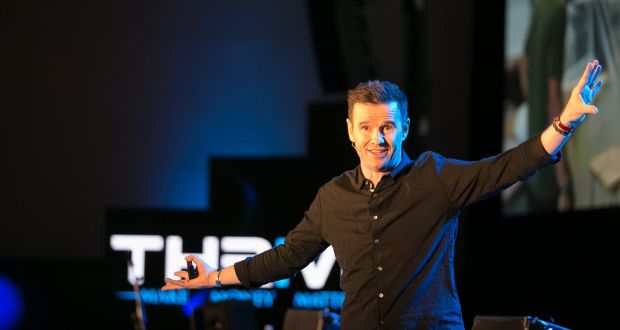 Philip McKernan: “The Americans will give you a shot but you have to deliver value. You must be good at what you do”

Business coach, motivational speaker and writer Philip McKernan is frank about why he left Ireland 11 years ago.

“I thought I had lost my way a little bit in Ireland due to the Celtic Tiger, like many other people,” he says. “I wasn’t enjoying myself, I didn’t like what I saw around me, and I wasn’t interested in some of the social impacts I was witnessing. It was time for me to let go of everything I knew to find out who I really was, as corny and clichéd as that might sound.”

McKernan moved to Vancouver, Canada, and spent eight years there before moving to Boulder, Colorado, two years ago.

In that time he has written four books, produced a documentary, Give and Grow, and built a business coaching entrepreneurs and their teams who “have a desire to make an impact on the world in a positive way”.

“If they just want to a build a business to make money I’ve no interest. There are enough people out there that can help them to do that.”

McKernan’s background is in sales, and when he first moved to Canada with his wife Pauline (an accountant) they set up a real estate company aimed at Irish investors.

“It really took off as at the time Irish people were investing all over the world without really thinking about the consequences or having an exit strategy,” McKernan says. “But as a consequence, when the crash came everything – including our business – went south pretty quickly. Pauline worked to keep us afloat.

“I had been coaching people informally for some time back in Ireland and really loved it, and having reached an ‘it’s now or never’ point in my life I decided to go for it. I emailed everyone I knew to tell them what I was doing, got my first client and have built the business from there purely by word of mouth.

“I think what distinguishes me from others in the field is my originality. I have a client who described me as an ‘enlightened hooligan’ mainly because I bring new conversations to the table and challenge the status quo instead of simply repackaging business and life hacking strategies.

“I describe myself as a modern-day philosopher of the human experience, and believe the path to a happy and fulfilling life is found through the meaning we derive through the work we do, our relationship to others and the most important relationship of all, the one with one’s self.”

Dublin-born McKernan has severe dyslexia. Encouraging people to overcome obstacles and to align their personal and professional lives are two recurrent themes in his speaking and writing. He didn’t do well in the formal education system, and started work straight from school. He spent five years in sales with vitamin company Seven Seas, before moving into the wine business.

He subsequently joined Java Republic (founded by his brother David) and stayed there until making the move to Canada in 2007.

“Leaving Ireland was the most difficult decision I’ve ever had to make in my life, but I felt it was the right choice. And looking back now, I absolutely wouldn’t be in the position I’m in now if I didn’t,” he says.

Since moving abroad, the McKernans have had two children and he says he has had opportunities in North America he would never have had at home.

“I found myself, as a dyslexic Irish guy who doesn’t have any formal academic qualifications, living in a country where I’ve been invited to the Pentagon and asked to consult with some of the most successful companies in the world. It really opened my eyes to the possibilities this country has to offer. Anything is possible in America.

“The dark side is the political system, and issues such as gun control and the health system. However, even within this darkness the fact that an entrepreneur can become the president of America demonstrates that feeling of possibility in the air, and is probably the number one reason we’re living in the United States.”

McKernan is active in the tech start-up sector, and he says it is companies such as Tech Stars [a client] that “will continue to drive the industry”.

“I feel it’s important for young Irish start-ups to position themselves globally and tap into these resources. Sometimes I feel that the Irish have the perception that Americans will buy into anything. That is not my experience. The Americans will give you a shot, but you have to deliver value. You must be good at what you do.”

McKernan is particularly pleased that his business has developed to a point where he is now bringing groups to Ireland for residential leadership training.

“I use the beautiful landscape of Co Clare as the backdrop for my workshops, and over the next two months I have three groups coming to the west, including entrepreneurs and senior managers.”

He’s also working on material for a new book called One Last Talk. “Essentially it allows speakers to share some of their most evocative and inspiring thoughts as if it was the last talk they’d ever give. Speakers have less that 15 minutes on stage, and some of the material that is produced is very poignant, very deep and very meaningful.”