Why there will always be a place for the office jerk 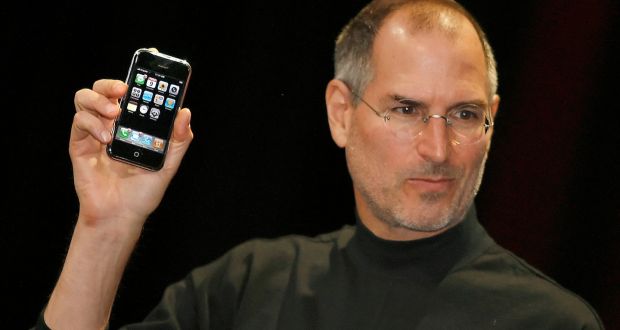 Steve Jobs: Whether the late Apple boss launched the iPhone because he could be such an awful bully, or despite it, is hard to say. But the fact is that he did

One of the most difficult people I ever worked with was a very clever newspaper journalist with a stunning knack for getting scoops.

We sat near each other when we were both fledgling reporters, in an office where she routinely drove me mad. She would answer my phone when I was out, and urge my contacts to talk to her instead of me. She would fashion missiles from whatever was on her desk and lob them at startled colleagues on deadline.

She was brilliant at muscling in on big stories that had nothing to do with her beat, a practice we called “sharking”. And although she could be kind and generous, we became so pathetically rivalrous that our boss used to call us “the dorsal twins”.

I thought of her last week as I read a review of a new book about Barclays bank and its many bosses, not least Bob Diamond. He quit after Barclays was fined for rigging interbank lending rates, and was once branded the unacceptable face of banking. But he was also a big proponent of the no-jerks policy: employees who did not behave like a team player had to change or leave no matter how talented they were.

I still remember him telling reporters in 2011 that he had booted out more than 30 offenders, which immediately made me think of how marvellously different life could have been on my old paper.

Alas, the policy had limits. A few years later an ex-Barclays banker in the rigging scandal told a court that his manager used to whack him over the head with a 12-inch baseball bat and once made him stand on a chair on the trading floor when he could not name the capital of the Philippines.

Still, it is now widely accepted that Robert Sutton, a Stanford University professor, was right when he wrote in his 2007 book, The No Asshole Rule, that nasty workers are often more trouble than they’re worth.

Netflix has said for years it will not tolerate “brilliant jerks” because the cost to good teamwork is too high. Entrepreneur Michael Liebreich insisted on an “asshole-free-zone” when he started the New Energy Finance research outfit he later sold to Bloomberg. Even the US treasury once had a secretary, Tim Geithner, with a rule of “no peacocks, no jerks, no whiners”.

I am all in favour of this. I am also pleased whenever people like Adam Grant, Wharton professor of management and psychology, offer evidence that agreeable, selfless people often rise to the top of their fields. Yet I doubt the working world will ever be entirely free of jerks and, in some cases, I am not even sure that it should.

As I type I am distracted by the pings of a gadget from a company long run by a gold medal jerk, Steve Jobs. Whether the late Apple boss launched the iPhone because he could be such an awful bully, or despite it, is hard to say. But the fact is that he did.

I like to think Jobs was an outlier. Yet there is a good deal of evidence that disagreeable people, especially men, are more successful at work and paid more. That’s one reason I do not expect them to disappear from offices any time soon: they often end up running the show. On top of that, as the Barclays case suggests, jerks are hard to spot and eradicate in big companies, no matter what top executives say.

Finally, I wonder if the jerk is always what he or she seems. In my experience a lot of the trickiest people at work belong to a subset of jerkdom that former England rugby coach Sir Clive Woodward has called “energy-sappers”, people whose negativity drains those around them.

Yet these are also some of my favourite colleagues. They are often the only ones willing to point out obvious office flaws. I suspect the description fits a lot of whistleblowers. Sometimes they are simply nice people who have gone through a rough patch at home or were shoved into a management job without training. In other words, their personality is not the problem.

“That makes the policy of not hiring jerks problematic,” says Andrew Parker, a professor at the University of Exeter business school who has studied dozens of companies and agencies.

I think he’s right, though this is no help for anyone working with an irredeemably difficult person. I expect a lot will do what I eventually did as a young reporter, and quietly slink off to a new office. – Copyright The Financial Times Limited 2018