Why I’ve had to change my mind about networking

Why I’ve had to change my mind about networking

Pilita Clark: In a locked down world the need to build connections has never been greater or more physically impossible 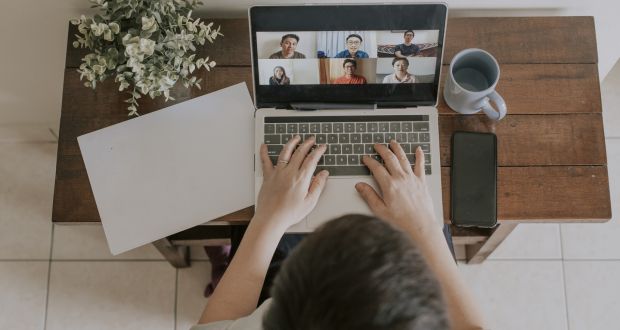 Will these virtual events ever be as good as the real thing? I hope so, because for networkers and everyone else this will be as good as it gets for quite a while to come

Last week I was scrolling through my online calendar when I made a gloomy discovery. An entry I had written in happier, pre-pandemic times reminded me that on Thursday I was supposed to have been at the “Madrid event”.

This was a work conference that had promised to be full of interesting, thoughtful people, in a city I very much like but have not been to in years.

It was, in other words, a top networking opportunity, one of thousands to have been ditched or deferred this year.

As I stared at the calendar it occurred that networking was yet another thing that Covid-19 had made me rethink.

To me networking has generally meant greasing up to potentially useful strangers or vague acquaintances in the hope of some sort of career gain. An obsessive networker was to be pitied and, like a “networking breakfast”, by and large avoided.

I knew this was an outdated view. When event planners did away with the coffee break in conference agendas, in favour of the bracing “networking break”, nobody seemed to care. Yet I still harboured a quaint belief in the idea that it was possible to get on in life because of what you knew, not who.

Today, as figures show companies cut a devastating 20 million jobs last month in the US alone, this belief sounds hopelessly naive. Anyone looking for work needs all the help they can get. For a graduate who has not even had a chance to jam a foot in the door, that need is far greater.

Also, the networking game generates a lot of work itself. By one count business events supported 26 million jobs globally in 2017, when at least 1.5 billion people in more than 180 countries went to such gatherings.

The webinar is clearly on the march. I dropped in on one myself the other day and it had a lot going for it

It was probably always tiresomely smug for someone like me to be sniffy about networking. I have had a good job with the same company for years. I already know a lot of people. Meeting someone new has rarely been hard.

So what is happening in a locked down world where the need for networking has never been greater, or more physically impossible?

When I asked around last week a few friends said they were doing a lot more of something they once did rarely: post stuff on LinkedIn. The idea is to stay relevant, said one, so when normal business resumes “you are in people’s minds”.

This chimes with what LinkedIn told me when I asked how its traffic had changed since the coronavirus outbreak. The number of conversations between its members jumped 55 per cent in March from the same month last year, it said, while live broadcasts had gone into overdrive.

Demand has more than tripled since February, and users are much more chatty: the number of comments on the broadcasts has surged 272 per cent. Meanwhile, people trying to brush up their skills have watched more than 7.7 million hours of LinkedIn Learning courses this month, up from 4 million in March.

The webinar is clearly on the march beyond LinkedIn. I dropped in on one myself the other day and it had a lot going for it. I watched a former central banker, while sitting in my yoga pants, having schlepped all the low-carbon way from my bedroom to the kitchen table.

Virtual events also work from the speaker’s point of view says the formidably well-connected Julia Hobsbawm, a former professor of networking at London’s Cass Business School. She spoke to a big crowd of people at a Tortoise Media “digital ThinkIn” last month to flog a new book, and reports the experience was “much more intimate and engaging” than real life, where distant audience members struggle to get a question in at the end.

Being face to face with people who were, like her, coming live from their living rooms, felt “a bit richer”, she said. “Bizarrely, I think there are these little air pockets of optimism about some of the new gatherings.”

Will these virtual events ever be as good as the real thing? Can you make contact with a stranger just from seeing them on a screen? Could it be enough to find a job or do a deal? I hope so, because for networkers and everyone else this will be as good as it gets for quite a while to come. – Copyright The Financial Times Limited 2020