Why hiring ‘stars’ can do more harm than good to organisations 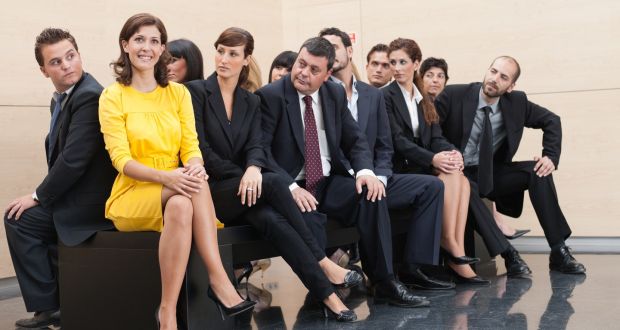 Hiring high-profile individuals can cause downright hostility as people know the incoming “wunderkind” is likely to be earning a lot more than they are. Photograph: iStock

Anyone who has sat through a panegyric about “this exciting new hire who’s joining the team” will be only too familiar with the sinking feeling those words can create. The prospect of a high flyer being parachuted into a group can magnify feelings of insecurity and exacerbate existing tensions.

It can also ruffle feathers in the established pecking order and, in the worst-case scenario, cause downright hostility as people know the incoming “wunderkind” is likely to be earning a lot more than they are.

Star employees often arrive with a fanfare and proceed to blaze a trail. The cynics would say they’re typically the ones that come in, shake everything up and then leave before the trouble starts. If they live up to their billing, however, then of course they can have a positive influence on an organisation, but the jury is still out on just how big an impact they can have and for how long they can sustain their stellar performance.

More often than not, they shine brightly for a while and then move on which raises a big question around why a company would want to win the war for talent in the first place if the top-dollar hire is unlikely to stay. There are also parallel issues around the star performer unsettling the team or organisation they join.

Much of the empirical evidence shows that both the star’s performance and that of the team decline – at least initially. In the United States, where such things are closely tracked, there are numerous high-profile examples of leading lights whose performance dropped significantly when they were poached by rival firms, particularly in the financial services sector.

This fall-off in performance seems to be more marked in sectors where people work as individuals – analysts for example – rather than as team members. How co-workers feel about the high-profile hire also depends on where they sit on the organisational chart. Senior executives tend to be less fazed than lower grades, possibly because they’ve seen it all before and know that crash and burn is one potential outcome.

The pros and cons of hiring from outside versus promoting from within is a perennial stumbling block for CEOs. There is a constant debate around whether star talent can add more of a competitive advantage to a business than the slower process of growing your own.

The reasons for choosing potentially disruptive external talent can be compelling. But at what cost? Quite a high one according to Fabrizio Ferraro, professor of strategic management at IESE, the Spanish business school ranked joint first with Switzerland’s IMD in the FT’s Global Executive Education programme rankings in 2018. He says that, in many cases, star hires are detrimental to a company’s overall performance because they absorb a disproportionate amount of resources and what they bring to the party is not sufficient by way of compensation.

In his paper, Starstruck: How Hiring High-Status Employees Affects Incumbents’ Performance (jointly written with Prof Matteo Prato of the University of Lugano), Ferraro says: “Contrary to common belief, the war for talent is not always justified as sometimes paying top dollar for high-status talent does not translate into a better-performing team; existing team members don’t see the value of these new mentors when their resources are drained. Indeed where a company is stretching an existing budget to get this person, then the overall impact on other people and the firm itself may be negative and in many cases, such moves are detrimental to business performance.”

Starstruck focused specifically on security analysts for its research, but Ferraro told The Irish Times that the conclusions are relevant and applicable to other sectors and are, in fact, likely to be even more pronounced in a collegiate environment where teamwork and high levels of co-operation and collaboration are required.

“How a star hire is introduced into an organisation is important,” he says. “If you are spending a big chunk of your budget on this person, both by hiring them and allocating time and resources to them and leaving other people short, then you’re creating a problem straight away. If you really want this person, your HR budget needs to go up accordingly.

“Secondly, you need a mechanism whereby this star hire contributes more than their immediate talent, by which I mean they need to be willing to mentor or share their experience in a positive and pro-active way with others. Usually, this is not what happens as very often these types of people want to be left alone to get on with it.”

When looking at how hiring high-status employees affects incumbents’ performance, Ferraro points out that there are nuances to the findings. For example, the negative impact of star hires is moderated by the status of pre-existing team members. Higher-status incumbents are less vulnerable to the arrival of a star than their lower-status peers, he says.

In addition, the negative impact of high-status hires also depends on how their “excellence” is measured. Is it based on empirical evidence or subjective popularity?

“The business world would be wise to take this status and quality distinction into account,” says Ferraro. “Executives should know that their organisations are only likely to benefit from hiring stars when their reputations are built on objective manifestations of superior quality. By contrast, when status is more subjectively based, employing stars is likely to do more harm than good.”