Why are couples squeamish about the wife’s higher earnings? 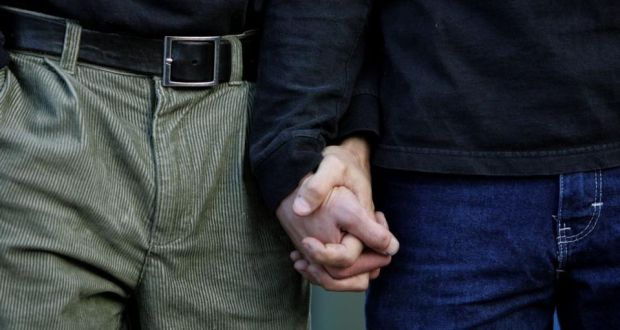 In homes, even when both partners are full-time employees, women do the majority of chores and childcare, working the “second shift”. Photograph: Justin Sullivan/Getty Images

It’s official. Men exaggerate their size. Women talk it up too. That was the finding of US researchers who looked into husbands’ and wives’ reports of their salaries and compared them with their actual earnings.

The study from the US census, Manning Up and Womaning Down, looked at what it termed “non-traditional couples” – the 22.9 per cent of married couples where the woman earns more than her spouse, according to data from the US Internal Revenue Service. It found that both partners in such couples inflate the husband’s salary and reduce the wife’s when they report.

However, the researchers were especially struck by the finding that a higher-earning woman tends to talk up her husband’s salary even more than he does. It is the financial equivalent of the tall woman ditching her own stilettos, and buying her spouse stacked heels – the Carla Bruni and Nicolas Sarkozy of wages, if you will.

The report speculated that when a wife outearns her husband, the couple may feel “uncomfortable – or believe that an interviewer will be uncomfortable – with their violation of the male-breadwinner norm”.

Such attitudes tally with a 2015 study, Who Should Bring Home the Bacon?, which found that despite the rise of dual-income households, “many men and women still prefer the husband” to earn more money.

Wednesday Martin, an anthropologist and author of Primates of Park Avenue, a study of the glamorous stay-at-home mothers of New York City’s Upper East Side, sees the census research as evidence of both genders’ internalised insistence that “a man should earn more than his woman?.?.?.? This leads to a sense that when a woman earns more, the fundamental order of things has been disrupted.”

The imbalance plays out in other ways. In homes, even when both partners are full-time employees, women do the majority of chores and childcare, working the “second shift”, to use sociologist Arlie Hochschild’s phrase.

Then there’s the emotional labour – the planning of family celebrations and school events. Last year, an essay entitled Women Aren’t Nags – We’re Just Fed Up, went viral – I imagine due to female friends sharing it between themselves and dispatching it to their baffled male partners. In the piece, the author explains her frustrations to her husband, who had told her that all she needed to do was ask for help.

“Therein lies the problem,” she wrote. “I don’t want to micromanage housework. I want a partner with equal initiative.”

There are strategies to deal with this, such as that deployed by the City lawyer who instructed me on the secret to a happy marriage. Throw money at cleaners, ban guilt, lower your domestic standards and insist that neither parent bakes for the school cake sale.

Does it do any harm for a couple to exaggerate a man’s salary, or to shave a few hundred dollars off the wife’s? We all tell little lies about our partners, to ourselves, to their faces, and behind their backs that make them appear funnier, wiser and better looking. They aren’t intended to deceive; they just slip out.

Perhaps. But the stories we tell ourselves about men and women’s roles are not particularly helpful to either gender if women diminish their achievements, and men feel trapped by the pressures of breadwinning. Such attitudes can be hard to shake off. I once spoke to a stay-at-home-father who loved finger painting and cooking the family spaghetti Bolognese. Yet, even after years in the role, he confessed to a recurring nightmare. In the morning he would wake in a sweat, anxious that he was not bringing in enough money.

I am hopeful that will change. I asked one male friend in his 50s if he minded earning less than his wife.

“Not at all,” he replied. “I only wish we were both richer.” – Copyright The Financial Times Limited 2018