When is the best time to have children while working? 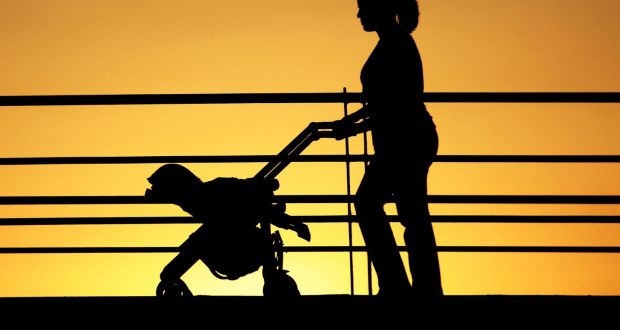 When Heidi Ridley was interviewed for jobs at two leading UK financial institutions during her first pregnancy, the prospective employers’ responses could not have been more different.

From one, she says, there came “a radio silence”. The other hired her without hesitating, even though it was a matter of weeks before she would take parental leave.

“It’s unnerving to think these things can have an impact,” says Ms Ridley, now chief executive of Rosenberg Equities, the quantitative arm of Axa Investment Managers. “Even the most supportive companies can assume you won’t come back.”

The experience speaks to the emotional pressure, whether self-imposed or from employers, that professional women might face when deciding if or when to start a family.

Parenthood can shape a woman’s career by delaying progression and weighing on earnings. A report, published in January by the US National Bureau of Economic Research looking at Danish population data, found that having children creates a 20 per cent gender gap in pay for women over the long term.

Indeed, the authors suggest that once variables such as skills, level, sector and tenure are adjusted for, having children is the main cause of today’s persistent gender pay gap.

Economists generally tend to attribute this to childcare responsibilities falling disproportionately to women, thereby lowering their productivity, as well as discrimination by employers towards women with children.

Is there, then, an optimum time for a woman to have children to mitigate some of the adverse effects on her career?

Another study from 2016 using data from Denmark — which as a country has some of the most progressive childcare and social policies — found that women of all ages take a dramatic short-term hit to their earnings after having their first child. It also showed, however, that women who had their first child at age 31 or older earned more over their careers than women who had children at a younger age — or indeed women who did not have children at all.

The gains were significant for college-educated women who had children between the ages of 31 and 34, who earned on average 13 per cent more over the course of their lifetime than college-educated women who did not have children. This is because older mothers typically are more experienced employees and therefore costlier to replace, so employers invest more in retaining them, the report suggests.

By contrast, “the younger a mother is, the more she has to forgo in terms of opportunity to accumulate experience and human capital in the labour market”, the 2016 study says. Younger mothers might also self-select into occupations seen as more “mother-friendly”, such as public sector roles, which tend to pay less, the report states.

This message chimes with Becky Frankiewicz, president of recruitment company Manpower Group’s North American business, although she says the emphasis should be on skills rather than timing.

“If you want to earn flexibility in the workplace, you need in-demand skills,” she says. “Women fear losing ground. The more people are able to increase [their ]skills, the easier it is to take a career break without losing ground.”

Others note that women who have children later in life may be more in control of their hours and workflow, more financially stable and better able to afford help when they return to work.

There are disadvantages to waiting to have children. If you have come to be seen as more or less indispensable, it might be harder for you emotionally to opt to take the time off.

Any decision must also be weighed against the decline in a woman’s fertility with age, starting in her early 30s and accelerating after 35, while the risk of complications during pregnancy is higher for older mothers.

Barbara Petrongolo, professor of economics at Queen Mary University of London, notes that the impact of parenthood differs from sector to sector.

The worst-hit professions are those “that reward continuous attachment...[and those ]with a steep earnings profile”, she says, citing the legal sector, where the early years of one’s career involve building momentum for seven or eight years in order to become a partner in a law firm.

“These are the years that can bring you on to the fast track or relegate you to a slow track,” says Prof Petrongolo. It follows that for occupations with a flatter earnings profile, there is less of a penalty in taking time away from the job.

Either way, Ms Frankiewicz recommends staying in touch with colleagues and taking the time to expand your knowledge while away from the workplace. “Check in with your employer — but you also need to be teaching yourself and increasing your [ability to learn] while you’re out,” she says.

Much will depend on a particular employer’s approach. Not all are up to speed on women’s rights in this area. UK government research published in February showed that more than a third of private-sector employers believe it is acceptable to ask female job candidates about their plans to have children even though this has been illegal since 1975.

That said, awareness of questions a woman can ask for herself is growing. Factors that women can assess include the maternity or shared parental leave pay that an employer offers, options for part-time work and support for women returning from career breaks.

“Look at the culture of the company and the programmes it promotes,” says Ms Ridley. “Is it committed to diversity, does it help parents re-enter the workplace and offer good work-life balance and flexibility?”

In her experience, women will respond to welcome gestures of support from employers by working harder. “It’s amazing how these things go in terms of retention,” she says.