What safe skies can teach us about workplace communication 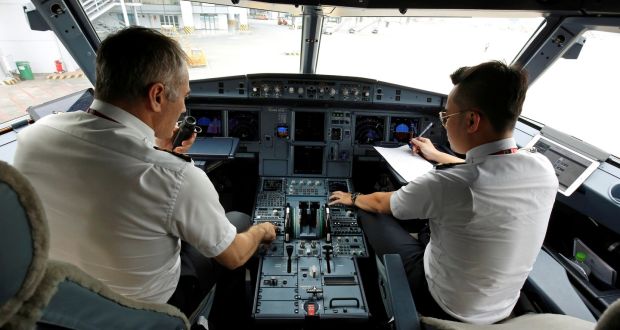 Last year was the airline industry’s safest ever. There were 10 fatal crashes – five involving cargo aircraft and five on turbo-prop passenger planes – resulting in 79 deaths in the air and on the ground. No one died in a commercial passenger jet accident in 2017, according to the Aviation Safety Network.

Every airline death is a tragedy. But given that there were an estimated 36.8 million flights last year, this is an astonishing safety record, a tribute to a culture of relentless improvement in technology, training and international collaboration.

It is also the result of decades of progress in refining communication between pilots and air traffic controllers to reduce the chances of misunderstandings that have contributed to past accidents.

There is no justification for complacency. A report last year for the UK Civil Aviation Authority found pilots were still making too many mistakes because their English was poor – and because too many native English-speaking pilots and controllers did not know how to adjust their language.

But that is how the airline industry improves: through the rigorous study of its faults. As a fascinating book I recently read said: “An aphorism that can commonly be heard in the aviation community is ‘For every regulation that exists, someone died when it didn’t’.”

The book, Aviation English: A Lingua Franca for Pilots and Air Traffic Controllers, charts the development of a common language of the air since the establishment of the International Civil Aviation Organisation in 1944.

Its authors, Dominique Estival, a qualified commercial pilot, flight instructor and academic linguist; Candace Farris, an academic researcher with industry experience; and Brett Molesworth, a pilot and associate professor at the University of New South Wales School of Aviation, point out what anyone who has ever listened to chatter between cockpit and control tower knows: aviation English is a specialised language that even native English speakers have to learn.

Pilots and controllers avoid some words that might be missed over the air because they are too short. That is why they say “negative”, rather than “no” or “not”, and “niner” rather than ‘nine’ (which could also be confused with the German nein).

It is why they use the internationally recognised phonetic alphabet: Lima Sierra India, for example, for the letters L, S and I. There are also strict rules of turn-taking, allowing each person to complete what they have to say.

Much of this is necessary because of the safety-critical environment in which pilots and controllers operate, and because they need to compensate for not being able to see each other.

But as I read, it struck me that the rest of us could use some aviation English lessons for our more prosaic business communications, especially those between native and non-native English speakers.

First, we should all adopt one of aviation English’s core principles: communication is a shared responsibility.

Native English speakers think it is up to others to learn our language; they mostly seem keen to do so anyway. We forget or, if we are monoglots, have no idea, how hard it is to operate in a second language.

Native speakers need to slow down, reduce their colloquial speech and avoid figurative language. “I know this may strike you as a bit tongue in cheek,” I heard a British speaker tell a bemused international audience last year. People are making the effort to listen to us in our language. It is courteous to meet them halfway.

Second, aviation English concentrates heavily on “readbacks”, on repeating what you have heard. That way an air traffic controller can check that an instruction has been properly understood.

We could all do more of this in our talks and speeches. We can stop after making our central points and say, “so what does this tell us so far?” If we get a sea of sleepy faces or some wayward replies, we know that we have not told our audience very much at all so far.

Third, the aviation English authors cite simulator and classroom experiments with pilots and students indicating a big fall-off in comprehension when the components of an instruction increased from three to four. In some cases, the accuracy of complying with those instructions dropped by half.

Three appears to be the optimum of suggestions to take in at one time, so I will not offer you any more. – Copyright The Financial Times Limited 2018