What’s in a name? Well, your job prospects for a start 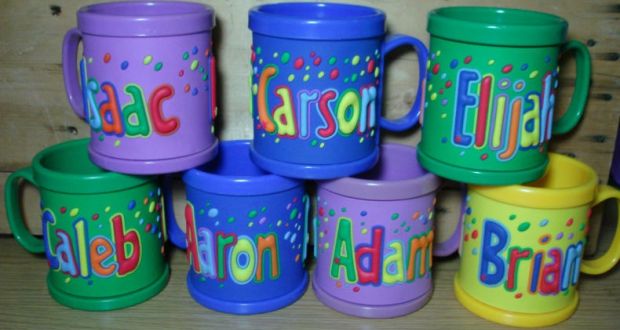 You probably did not take much notice of Rodrigo Duterte, the Philippine president, when he crooned a duet with a local singer in front of a visiting Donald Trump at a gala in Manila last week.I didn’t either, until I saw the name of the local songstress: Pilita Corrales, the tireless diva who is the source of my name.

She caught my parents’ eye because she used to be big in my birthplace of Australia, having caused a minor sensation by arriving there in 1959 with a rakish Hollywood magician to whom she was not married, on a leaky yacht that had to be rescued by the navy.

She parlayed her instant fame into a show business career in Melbourne, which I missed on account of not even being a foetus at the time. But I kept a distant eye on her over the years as she returned home to a career that took her from being a warm-up act for The Beatles to a judge on The X Factor Philippines in 2012.

In all this time I have never thought much about whether it has been a good or bad thing to have had her name. It is true I will never get back the hours I have spent on the phone spelling out my name to baffled strangers. I also got off to an oddly strained start with a new office colleague a while back, who later explained she found it hard to warm to me because she always suspected the more glamorous original Pilita had once had a fling with her father.

I put that down to bad luck, along with the haughty man I met at a party one year who asked me how to spell my name three times, and then said: “Pilita. Yes. Almost makes it but not quite.”

But last week’s news that the original Pilita is still alive and performing prompted a friend to pass on a disturbing bit of research that has made me think about my name again. It suggests that people with an unusual first name are less likely to be hired than those with a common one, and literally advises parents they “may want to reconsider choosing something distinctive”.

This sent me into an urgent bout of Googling that uncovered a rich field of study into how names affect career chances, none of it too thrilling for a Pilita.

Trouble seems to start as early as the classroom, where teachers are said to subconsciously lower their expectations for children with unusual first names, to the point that these pupils may suffer poorer test scores.

Other studies have found that oddly named boys are over-represented in the ranks of US juvenile delinquents regardless of race. Correlation obviously does not necessarily equal causation, though there is a view that having an unusual first name could make boys more prone to crime because their peers treat them differently and they find it harder to form relationships.

Then there is the pronunciation issue. I have spent a lot of time explaining how to pronounce my name (emphasis goes on the second syllable, not the first). So I was alarmed to find another study suggesting people with hard-to-pronounce names may be less likeable and less likely to have a top job in a law firm – until I realised it was referring to surnames. Thank goodness I have always been a Clark.

For all that, I doubt an unusual name matters all that much. It did not prevent Condoleezza Rice from becoming US secretary of state, nor Barack Hussein Obama from being US president. And the UK foreign secretary is still Alexander Boris de Pfeffel Johnson.

But I would not say a name means nothing, especially in the boardroom.

One of the strangest things I came across was an analysis of LinkedIn profiles that showed male chief executives do not just tend to have common names, they also often go by shortened versions such as Bob, Jack or Fred.

Female CEOs, on the other hand, lean towards using their full names: Deborah, Cynthia, Carolyn.

Experts think this could be because men want to seem more friendly and open, while women feel a need to appear more professional.

Either way, I am glad to have been a Pilita, which I very nearly wasn’t. My parents toyed with Amanda and Jane before they made their final choice. Science might say that these were safer picks, but where is the fun in that?