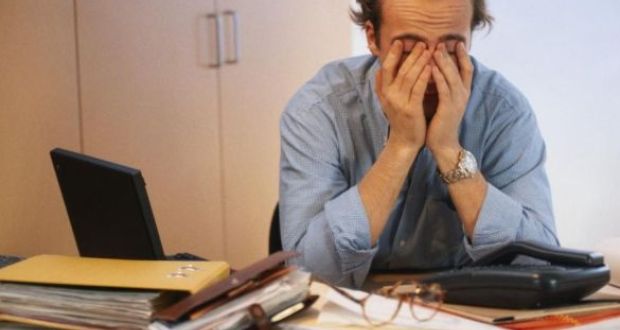 One of the positive spin-offs for employers that allow job sharing is that it provides companies with the opportunity to practise diversity, as a shorter week may mean someone with a health issue can still work

The McMahons are a young couple with two small children. They live more than an hour from Dublin and commute to their jobs in the city by train. Once their children were born, the McMahons’ lives became an exhausting juggling act and earlier this year they decided something had to give. A job share was identified as being the best option.

But they have paid a heavy financial price for taking it. The wife was the higher earner, but she has scaled back because her husband’s employer couldn’t facilitate a job share. In fact, he was given the clear impression that this was something men don’t “do”.

Workplaces may have become more family friendly, but the notion that men should work full-time is still embedded as a cultural norm.

Job sharing is one of the rarest forms of flexible working available and, while there is a long tradition of it in the public sector, it remains uncommon in the private sector. A lot of organisations don’t offer it because they see it as disruptive and double the administrative trouble.

Not all jobs are suitable for sharing and it may be a non-starter for some organisations because of the nature or structure of their business.

“The public sector encourages job sharing but it’s not as popular in the private sector,” says Mark Byrne, commercial director with Brightwater recruitment. “If you do an online search and type in ‘job sharing’ it shows quite a large list of jobs [more than 700], but on closer inspection they are not job sharing, but jobs with the word ‘share’ in their  title.

“In our experience, bigger companies such as banks and some legal firms offer it more than others. What is increasing, however, is the number of part-time jobs registered across a number of sectors including HR, business support and banking.”

One of the positive spin-offs for employers that allow job sharing is that it can help to retain good staff. It also provides companies with the opportunity to practise diversity, as a shorter week may mean someone with a disability or a health issue can still work.

“My motivation for job sharing is having time with my children while also keeping my place on the career ladder at some level,” says Clare Evans who job shares at a large law firm. “What’s really useful is that my co-worker and I have very different personalities and I benefit from her ability to keep things in perspective. She is also a great sounding board as she is uniquely placed to understand exactly what the issues are.

“There are not many working mothers in our firm and it’s really helpful to job share with someone who is in the same boat and understands the conflicting demands. You don’t feel bad if you miss a day or drop something on them because it balances out.”

Ciara Garvan of WorkJuggle, which links skilled professionals to part-time, flexible and short contract jobs, agrees. “I think job sharing is considered a hassle apart from the public sector,” she says. “Interestingly enough, there seems to be more appetite for it in the UK but then they are also ahead in terms of their gender equality legislation.

“I am not seeing demand for job shares per se, but I am finding younger men looking for more flexibility not usually because of childcare issues, but because they have other projects they want to work on.”

For a full-time job to be split successfully, it must meet the needs of both the business and the two employees involved. If either is compromised, it will become problematic. In general, job shares go well largely because those involved are motivated to make them succeed and tend to be highly productive and loyal.

What came across loud and clear from talking to employers is that they are not averse to men job sharing; it had just never crossed their radar. They also saw no logical or logistical reason why mixed genders shouldn’t job share and said that, while requests for job shares were down, requests for other forms of flexible working were up.

“I have had no men, or women for that matter, requesting job shares but have had men request and take parental leave and avail of alternate work arrangements,” says Leslee O’Loughlin, group HR manager with Enterprise Rent-a-Car.

“We get the request for alternate work arrangements more often from working mums than dads, but we try and actively promote it across the board. Being a working mum myself who is on such an arrangement, my perspective would be quite simply that it is still a societal issue in Ireland and certainly a result of a lot of different micro-inequities.

“There is definitely a stigma around men not conforming to traditional working patterns. Look no further than parental leave for men for which the uptake has been poor.

“We don’t have a problem with job sharing, but it would be difficult to make it work in our business because of our structure. We are certainly open to flexible working for all and alternate work arrangements have been very successful for us.”

“Women are far more likely to take time off from work or reduce working hours at key life stages, like parenting or caring for other dependents,” he says. “But as we approach full employment, organisations need to look at the policies they have in place to support a fully diverse workforce across genders and family situations, so that job sharing is not biased towards one group or another.”