Want to appear confident? Poke fun at yourself 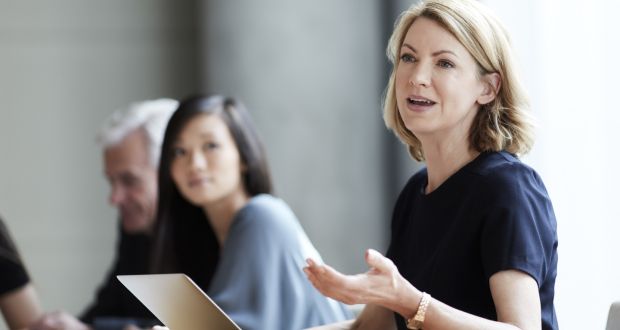 Self-deprecation is “a disarmingly effective tool” in the workplace.

Last weekend I went to a wedding where the British groom made an endearing speech about things he had learned from his Finnish bride.

This included the arresting fact that Finns have a word for getting drunk at home alone in your underpants: kalsarikännit. Thinking this must be a joke, I bearded one of the bride’s relatives to ask if there really was such a word. “Oh yes,” this man said, sounding surprised that anyone would doubt something so obvious. “We have very long winters.”

I was still thinking about the wonders of cultural differences when I arrived home and opened an email from a professor in California, who hoped I would not mind if she offered some gentle advice. She had just read an article of mine about mentoring in which I had joked (I thought) about being “bumbling”, “useless” and “inept”. This suggested I had not learned a secret she said most men had figured out that never occurs to most women: self-deprecating remarks should never be made about one’s “core expertise”.

In other words, she said, it was fine to laugh at one’s looks or taste in food, and humility itself was admirable. But running down professional knowledge undermined one’s legitimacy and was never okay for women, who struggle as it is for the respect men are accorded automatically. The article had contained sound suggestions, she said, but readers could come away from it “wondering why they should take any advice from someone who is ‘useless’”.

I was shocked. I never imagined anyone would take what I had thought were clearly unserious remarks this seriously. Yet an obviously intelligent and well-meaning person just had.

At first, I thought of Finland. Could cultural differences explain the mix-up? Or perhaps the American irony deficiency? This was a disturbing idea, considering the FT has thousands of US readers. But also highly unlikely.

For one thing, the country that produced Seinfeld and The Simpsons has never been short on irony. For another, when I told a friend in London about the email from California, she said she had once been given precisely the same advice – by a British woman.

This was even more unsettling because it bolstered the idea that untold numbers of women are thoughtlessly sabotaging themselves in the workplace.

Yet I am not sure they are.

It is true that studies show women are more likely to be self-deprecating than men. It is also clear this can backfire: exposing any form of feebleness in the office is risky. Endless self-deprecation is tiresome.

But I think there may be a far greater risk for those who refuse to poke fun at themselves or indeed their competence.

First, it robs you of a disarmingly effective tool. I still remember how much I warmed to Ryanair’s ornery chief executive, Michael O’Leary, after he told me in an interview (long before the airline’s current booking fiasco) that he knew his maddening antics – threats to make passengers pay to use the loo or stand up – detracted from the airline’s strengths.

More importantly, though, people who breezily crack jokes at their own expense actually ooze self-confidence. It worries me to think of women consciously girding themselves against doing this, on top of everything else they are supposed to fret about – and men for that matter, too.

It is possible this is because I have lived so long in Britain, a nation of gold-medal self-deprecators. But I think this just gives Brits an advantage. So does Erin Meyer, an American professor at France’s Insead business school, who advises companies on managing cross-cultural differences.

“It’s a great international skill to laugh at yourself,” she told me, adding it made no difference if this extended to female professional competence. In fact, she thinks women can hurt themselves professionally by avoiding such self-dissing in the belief this is needed to succeed in a masculine workplace. She regularly made fun of how she worked in public, she said, like a lot of men she knew, “and I know I come off as way more self-confident”.

This sounds plausible to me and I wish more people did it. If only because, far from risking disaster, it almost always makes working life that much more agreeable and human. – (Copyright The Financial Times Ltd 2017)