To weather reputational storms, get caught doing the right thing 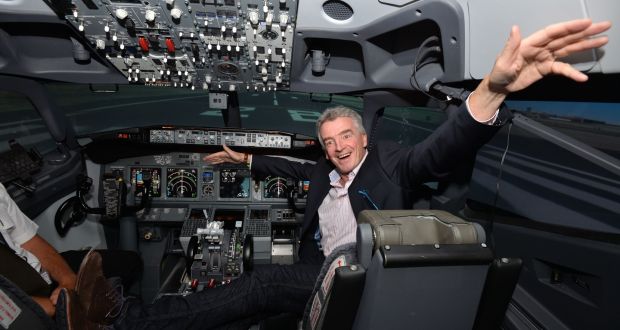 As the legendary American investor Warren Buffett once put it, “it takes 20 years to build a reputation and five minutes to ruin it. If you think about that, you’ll do things differently”.

Powerful and well-regarded companies fall from grace all the time, as recent debacles at myriad firms from Ryanair to Uber underscore. As a result, many business leaders are asking themselves what they can do to avoid getting caught doing the wrong thing.

Unfortunately, that strategy is like trying to figure out how to expect the unexpected. For the irony of ethical lapses is that they don’t look like lapses until after the fact.

Like any reputational storm that spins out of control, those that overwhelmed Uber and Ryanair in 2017 were not merely the result of making the wrong choice at any particular decision point; they had much more to do with overarching business philosophies that revealed themselves at defining moments.

At bottom, what became abundantly self-evident in both cases was that the only real motivation driving and binding those organisations was the return on investment (ROI). This naked and unvarnished truth caused many to recoil – a rather disingenuous reaction given that customers encouraged them to offer little else beyond the greatest value at the lowest possible price. What did we expect would happen?

Nevertheless, it’s perhaps still fair of us to expect business leaders to actually lead, not merely to respond to market demands.

Admittedly, most businesses find success by offering high value at low cost. But ethically, that’s not the only reason for doing business.

Similarly, individuals will only be happy if they get their desires fulfilled, so it’s perfectly acceptable for this to be their primary aim in life. Still, we shouldn’t think very highly of those who pursue nothing but their own self-interest. Anyone who always behaved this way – only ever doing good deeds for increased social status – should not be regarded as a basically good person.

For when taken to the extreme, this is akin to sociopathy. We all like to think the best of ourselves and each other. So when we discover that one of us is out for nothing more than personal gain, we are naturally and quite understandably put off.

At minimum, what we expect of a basically good person is what is commonly referred to as the virtue of enlightened self-interest. What this means is getting into the habit of taking the greater good into account for its own sake, with the reasonable expectation that it will also benefit the agent indirectly in the long run.

And this is the exact same standard to which most consumers – and employees – hold the companies they engage with. Yet such virtue is best demonstrated not by seeking attention for good deeds but by what might be called “getting caught doing the right thing”.

Enduring firms that are models of ethics and social responsibility tend not to wear their virtues on their sleeves. Similarly, the best people don’t go around boasting about their benevolence. They lead by example without fussing or drawing much attention to themselves while doing it. They’ll quietly pick up a piece or two of litter for example, or provide help to a stranger in need of directions. Such day-to-day actions are humbling and rekindle our shared humanity.

The same goes for organisations. We all want to take part in the kinds of enterprises that make us feel part of something greater than ourselves. We yearn for a sense of solidarity and belonging. But we can only rightly feel it when the leaders of those organisations demonstrate that they are worthy of it themselves. This after all is what ethical reputations are made of.

Imagine how differently consumers might have acted if, say, Apple chief executive Tim Cook had got caught making similarly callous comments off the cuff as former Uber CEO Travis Kalanick did toward one of his drivers. It’s unlikely that hundreds of thousands of consumers would have reacted as they did with the #deleteuber hashtag.

The widespread hostility expressed toward Uber stemmed from the impression that Kalanick’s contemptuous attitude was an accurate reflection of his overall business philosophy. If Cook had said something like it about his own employees, there would have been a general sense of not just shock but also surprise. And when Cook later apologised, it would have sounded far more convincing.

That’s because, unlike Uber, the general way in which Apple does business implicitly conveys the message that it doesn’t just care about the ROI, but also about enhancing human wellbeing in everything it does. Indeed, Cook was quite literally caught doing the right thing in this sense when one of Apple’s less conscientious shareholders challenged his high-minded ethos.

The Ryanair debacle over pilot rosters is strikingly similar and it’s fair to say that, if the pilots had felt a stronger sense of solidarity with the firm, far fewer flights might have been cancelled and the ensuing turbulence thereby contained.

Pilots had a longstanding list of complaints over working conditions which were being ignored. It certainly didn’t help that CEO Michael O’Leary referred to them as glorified taxi drivers, as if channelling Kalanick disrespecting his Uber drivers.

Employee loyalty can be instilled in many ways and, as a low-cost airline, the company may not always have the means to do it financially, though it did offer substantial bonuses to pilots who agreed to work longer. In the end, the reason why this effort fell short is essentially because employee loyalty and solidarity are not earned through financial incentives so much as the general manner in which business is conducted day to day.

In the end, companies that earn high levels of employee and consumer loyalty do so in countless ways that testify to a managerial ethos that transcends the ROI. This supplies them with a reserve of social capital that acts as a buffer if and when a reputational storm strikes. For one will strike virtually every high-profile company at one time or another.

Firms that make a habit of getting caught doing the right thing will guard best against the reputational hazards that our brave new social media have unleashed.