Time’s up for a golden age of corporate greenwashing 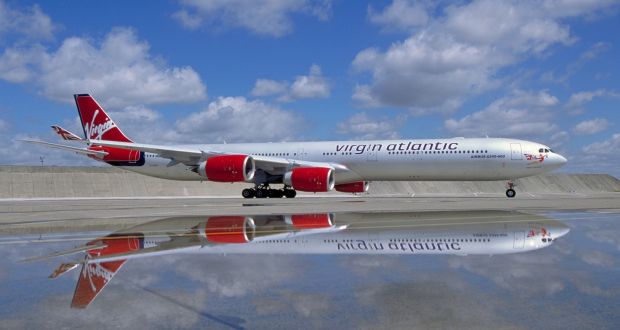 ‘It’s definitely true that right now every one of us should think hard about whether or not we need to take a flight,’ says Virgin Group chief executive Josh Bayliss

The other day, the chief executive of a well known global company did something unusual. He said people should ask themselves if they really needed to buy something his group was famous for selling.

“It’s definitely true that right now every one of us should think hard about whether or not we need to take a flight,” said Virgin Group chief executive Josh Bayliss. He did not stop there in an interview with the Business Green news website on rising public pressure for companies to prove their green credentials.

Low carbon aviation fuel should be widely used one day, he said. But until it was, every flight would keep burning climate-warming jet fuel, so people had to ask, “Do I really need to travel? If so, how am I going to go about doing that?”

That is a notable statement from the head of a company with meaningful stakes in the Virgin Atlantic and Virgin Australia airlines.

Mr Bayliss does have some leeway: Virgin is privately held and its founder, Richard Branson, is a noisy eco-billionaire. Yet few business leaders have been as open about the jolting implications of climate action.

Too many still profess to care about the climate, especially those in industries struggling to impress concerned investors and consumers, or hire bright young recruits, yet fail to match the scale of their rhetoric with action.

Last month, BP’s chief executive, Bob Dudley, confirmed the oil and gas group’s support for carbon pricing as part of its commitment to “advancing a low carbon future”. Yet last year BP was among the top donors to a multimillion dollar lobbying campaign that helped kill off a November ballot measure in the US state of Washington that would have created a carbon tax.

It claimed the tax was poorly designed, though this year it backed another carbon pricing scheme in the same state. You could be forgiven for being confused.

The same goes for some of ExxonMobil’s recent actions. This month, it announced that it was bolstering its climate research funding by devoting up to $100 million over the next 10 years to help government laboratories find “breakthrough solutions” to carbon emissions. But if that sum is paid at a rate of $10 million a year, it will amount to less than 1 per cent of Exxon’s research and development budget of $1.12 billion last year.

Meanwhile, the group has been fighting shareholders who wanted a vote at its annual meeting this month on a proposal for it to disclose targets for cutting emissions.

Then there is BlackRock. Larry Fink, the head of the asset management giant, wrote to chief executives in January last year to say their firms had to do more than merely make money. They needed to show they were making “a positive contribution to society” and understood how “structural trends” like climate change affected their potential for growth.

Yet BlackRock supported just 10 per cent of 2018 climate-related shareholder proposals, according to analysis by Ceres, a sustainable business advocacy group. And the firm has conspicuously failed to join Climate Action 100+, an initiative led by more than 300 investors with a collective $33 trillion in assets that has pressed companies to strengthen climate action.

BlackRock contends it is more productive to raise climate matters privately with companies and has done this with more than 200 businesses.

Its approach, like that of BP and Exxon, may seem entirely plausible when government action on climate change is feeble. But what if soon it is not? In the US, climate change is shaping up to be a central issue for the crowded field of Democrats vying to be their party’s candidate in next year’s presidential election.

In the UK, the shadow chancellor, John McDonnell, says a future Labour government would delist companies from the London Stock Exchange that are not doing enough to tackle the “climate emergency”.

These vows may amount to little: history suggests that they will. Yet the climate debate is shifting and I am willing to bet that companies failing to match their green claims with solid action face far greater risks than they ever have before. – Copyright The Financial Times Limited 2019