‘There is no such thing as having too much sleep’ 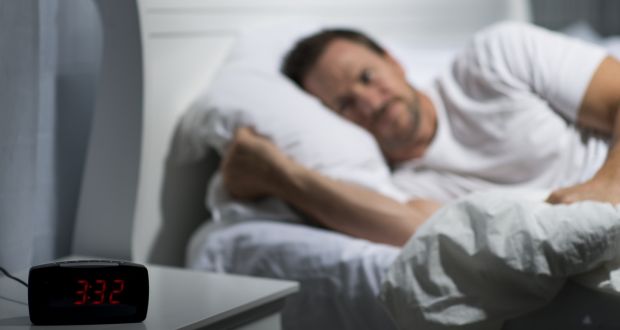 “You have to create a buffer between your day life and sleep and sex.  iStock

A colleague tipped back in their chair with their mouth open snoring like a bulldog is not an attractive sight. But before you wrinkle your nose at their power nap, bear in mind that 20 minutes of early afternoon shut-eye – ideally between 2pm and 3pm, when the biological clock is at its lowest – will have a positive impact on their attention and concentration levels for up to three hours afterwards.

“Time well spent,” according to sleep expert Els van der Helm, who is speaking at the Great Place to Work annual conference next Thursday in the Round Room of the Mansion House.

“Sleep deprivation is a global epidemic that’s hurting us on multiple levels,” she says. “Some 35 per cent of people are sleeping for six hours or less when most of us need seven to nine hours. This is affecting our mental, physical and emotional health.

“Sleep deprivation creates a higher chance of suffering from depression, anxiety, burnout, cardiovascular disease, stroke, diabetes and dementia. It also makes us more emotionally reactive and more likely to lash out or exhibit very low levels of tolerance and patience.”

Having spent most of her life in academia among people who “get” sleep, van der Helm was surprised to discover that sleep is not generally a corporate priority. Some companies have cottoned on to the advantages of having well-rested employees and provide nap pods for 40 winks, but in van der Helm’s experience the emphasis is on how having a healthy lifestyle could support strong work performance.

“People were eating well, taking exercise and doing things like yoga and training in stress and time management but were ignorant of the fact that sleep is the foundation for good health and therefore for good performance,” she says.

Van der Helm divides those with sleep problems into two groups: those who know they have a serious problem and may need psychological help to overcome it and those who delude themselves about their sleeping habits.

Sleep deprivation is rife and manifests itself as feeling lethargic, finding it hard to focus, needing regular caffeine to get through the day, becoming sleepy in meetings, falling asleep the minute your head hits the pillow, needing an alarm to wake you in the morning and sleeping late on weekends.

A lot of people worry about waking up during the night, but van der Helm says this is natural provided you go back to sleep within about five minutes.

Sleep hygiene is about building habits that encourage rest such as maintaining a regular bedtime and not mixing an espresso with a high-octane video game before you turn in. Checking work emails and text messages in bed is also a no-no as is watching TV and surfing the internet, not least because LCD screens emit a type of blue light that has a detrimental impact on the body’s natural rhythm. It makes you feel less sleepy and pushes out your cycle, making it harder to wake up next morning.

“The fastest way to create a bunch of insomniacs is to let them loose with all of their devices at bedtime,” van der Helm says. “You have to create a buffer between your day life and sleep. The bedroom should only be for sleep and sex.”

Van der Helm is no fan of that close buddy of the sleep-deprived, the “snooze” button. “Those who have sufficient good-quality sleep wake up naturally when the body has completed its cycle,” she says. “It is not good to have it interrupted by an alarm and then repeatedly by the snooze button. Around 60 per cent of people use the snooze button three times in the morning.”

Up until 2013, researchers thought sleep was important for reasons ranging from boosting the immune system to regulating the metabolism. Then it was discovered that the brain is effectively being “cleaned” during sleep and offloading toxic by-products such as the amyloid data implicated in the development of Alzheimer’s disease.

“People need to work out what their sleep number is – in terms of hours they need – and try and stick to that for 22 days out of 30 in the month,” says van der Helm. “You need to design your life around your individual sleep requirement, something that often causes friction within relationships because people need different amounts, and [they] compromise in the middle, meaning neither of them are operating optimally.

“It’s better to get up and go to bed at different times. There is no such thing as having too much sleep. Your brain will wake you up when you’ve had enough.”

Van der Helm has little time for those who brag about functioning perfectly on four hours’ sleep.

“It is rare to find people who need less than six. In fact only 1 per cent of the population have the genes that make it possible to survive on minimal sleep, she says.”

She is also sceptical about those who claim they sleep perfectly after drinking coffee. “I’d like to know about the quality of their sleep. Ideally no caffeine should be consumed after 2pm as it remains in the body for a long time. How long varies between people, but after four to seven hours, around 50 per cent of it is still in the system.”