The struggle between success and succession

The struggle between success and succession 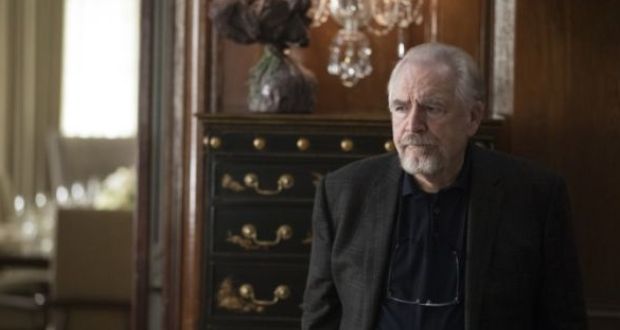 Brian Cox as Logan Roy in Succession, the US television drama featuring an ailing billionaire and his warring children. Photograph: HBO

The pains of dynastic inheritance are well chronicled from the book of Genesis to Succession, the US television drama featuring an ailing billionaire and his warring children.

As the series shows, far from cooling tempers, the presence of large amounts of money generally adds fuel to the flames. Or as one private banker once told me: “I have never met a family that was united by its wealth.”

The heart of the problem is often the deep reluctance of older family heads to share control with the next generation. They don’t trust their successors to do the job as well as they do, especially in the case of self-made entrepreneurs convinced of their genius.

The latest evidence comes in a survey published last week by the private banking arm of Barclays which finds that 67 per cent of first-generation creators of family wealth are “highly cautious about relinquishing authority . . . and often maintain a position of authority well into old age”.

They don’t trust their heirs’ commitment to the family business (63 per cent) or their ability to take over the management (57 per cent), says the study, which polled about 400 wealthy people around the world.

When it comes to handling the family investments – which perhaps requires fewer special skills than the core business – the level of distrust is only slightly lower, at 53 per cent.

The study echoes others, including a survey last year by Campden Research and the Swiss bank UBS covering family offices, which found that 44 per cent of billionaire and multimillionaire clans had no succession plan at all.

Admittedly, the rest of us have a similar reluctance to contemplate our own mortality. A survey of 2,000 people in the UK last year by Macmillan Cancer Support, the charity, found that 42 per cent of those aged over 55 had no will.

However, you might think that wealthy people would take more care, as so much more is at stake, especially in the case of the owners of operating companies where a lack of succession planning could undermine the management and put jobs at risk.

But no. If anything, all that money – and power – makes for an even greater resistance to think about the end of things. Effie Datson, global head of family office at Barclays Private Bank, says that for some entrepreneurs handing over control of a business they created is like “giving up an important part of themselves”.

Of course, among the costly services private bankers offer is assistance with succession planning – “raising the topic very gently”, as Ms Datson puts it. But even then, as the survey shows, it can be hard going.

At least the Covid-19 pandemic seems to be bringing a cold dose of reality, with many deciding it is high time to write or update their wills. The Barclays study says that 70 per cent of first-generation wealth “originators” are reassessing their business aims in the light of the pandemic, with the result that “long-established wealth transfer plans will likely need to be reconsidered”.

What is to be done? Clearly, rich clan chiefs should put head before heart and make decisions well before the advancing years make it difficult or impossible.

They ought to have more faith in the young, especially their own children whom they have brought up, and so presumably know well. And, perhaps, more confidence that the money they have frequently lavished on their offspring’s education has not been wasted.

Ms Datson says the idea that heirs are interested only in frittering away the family fortune is “a fallacy”. The Barclays study shows that among the younger generation a full 67 per cent feel a strong sense of duty towards their inheritance.

But all that said, there is no fundamental reason why a fortune once made should increase for ever, or even remain intact. According to the US-based Family Firm Institute, which has a global membership, fewer than a third of family businesses survive into the second generation; 12 per cent make it to the third and 3 per cent to the fourth. The multigenerational Rothschild banking dynasty is the exception, not the rule.

In Buddenbrooks, a masterful novel of family decline, Thomas Mann wrote that the rot frequently sets in even before a family reaches the height of its glory. “Often, the outward and visible material signs and symbols of happiness and success only show themselves when the process of decline has already set in.”

But this is all too glum. Holding together a family fortune cannot be an end in itself. Heirs are surely free to make their own decisions and lead their own lives.

If family fortunes are divided, as one generation succeeds another, so what?

If a family operating company is sold because nobody wants to run it, does it matter as long as it goes to good hands?

If the proceeds are split and the money is spread more widely more people might benefit. And, who knows, the patriarch or matriarch may even be more fondly remembered. – Copyright The Financial Times Limited 2020