The secret to upgrading a subsidiary office’s role 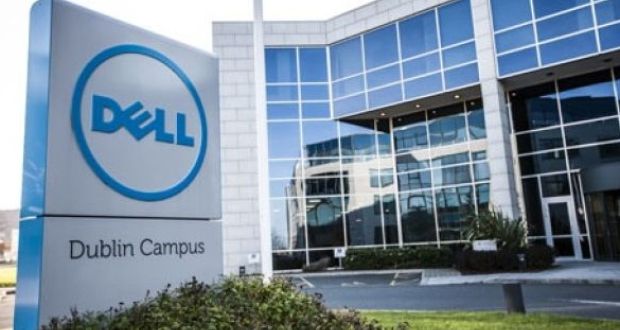 Dell identified a lower-cost manufacturing location which resulted in the closure of parts of its Irish business.

For many today, the modern multinational is viewed as a sinister Bondesque villain, a tax-dodging, sponging, fly-by-night that refuses to play by fair rules. While it is indisputable that certain shifty multinationals do bring the structure into disrepute, the reality is that the majority exist and organise globally with good purpose to create, produce and deliver goods and services to consumers across the globe.

More recently, high-tech, knowledge-intensive multinationals have come to realise that scientific and technological know-how does not exist solely at the home base but in knowledge pools across the globe, often condensed in local regions and cities. The innovation-seeking multinational draws from innovation outposts in global technology clusters, such as Silicon Valley, Singapore, Bangalore, Dublin and Galway.

The logic is that if a multinational’s strategically located subsidiaries can access and absorb science and technology generated in such clusters across the globe, the multinational can assimilate such innovation into its new product or service pipeline. Persuaded by such logic, headquarters make the necessary investments and set up or upgrade their innovation activities and centres of excellence for design and innovation via subsidiaries located outside the home country.

In this context, the subsidiary typically competes with affiliate subsidiaries internally for R&D infrastructure investments from HQ.

To strengthen its hand over in-house competitors, the savvy subsidiary must strategically position itself internally as a global innovator within the multinational network with a remit to perform R&D, commonly in conjunction with partner organisations in its local technology cluster such as university research centres and the host region’s base of scientific researchers.

This can take time as few subsidiaries start out as a designated global centre for R&D within the multinational parent. But a subsidiary that may have been established with a mandate for simple assembly, and later becomes a centre of world class manufacturing, can evolve its role into one of new product design and development – often as a “centre of excellence” – within the parent group.

Those subsidiaries that ascend to an elevated R&D role to develop the future pipeline of products for their parent have increased intra-multinational importance. This increases their viability and lessens any fears of downsizing or closure should, for example, HQ identify a lower manufacturing cost location elsewhere – such as was the case with Dell (Ireland).

So how can a subsidiary’s management team achieve such lofty status?

Our research with a number of high-tech subsidiaries that have become centres of excellence for R&D within their respective multinationals shows adept political behaviour by local management in spotlighting a subsidiary’s strong track record for performance. That makes it a plausible R&D player within the internal multinational corporate network and procures investment from HQ to conduct R&D, as well as a concomitant capacity to tap into R&D knowledge and build beneficial relations externally where it is located.

In effect, the subsidiary that becomes a global innovator within the multinational rides two horses. It must gain permission and investments from HQ, often after a subsidiary’s “sin” of early unauthorised R&D activity is forgiven through gritted HQ teeth.

At the same time, it must create and nurture relationships with local scientific institutes and personnel so that meaningful collaboration occurs for new product development.

A subsidiary outpost of innovation must guard against two predicaments.

The second, contrastingly, is where the subsidiary clings too tightly to HQ’s apron and fails to innovate to its full potential by missing out on the full dividend of developed partner relations for R&D in the host location.

So here are some guidelines for a subsidiary management team that aspires to a global innovation role within the multinational:

Appreciate the need for balanced “embeddedness” in the simultaneous evolution of internal and external roles and relations. Don’t become isolated from either HQ munificence or local partner interactions;

Deploy multinational reputation for innovation to seek out the best scientific partner institutes and minds locally;

Flag and sell the subsidiary’s track record of achievements at HQ and highlight its distinctive capabilities for future product or service developments.

While ultimate power and authority in a multinational resides with HQ, a capable subsidiary management team can strategically chart its journey to become a global innovator. That will enhance its survival prospects and longevity, thereby avoiding injurious downgrading relative to other subsidiaries, or calamitous closure. In doing so, it can become the golden child in the corporate family of subsidiaries.

Paul Ryan is associate professor in international strategy and entrepreneurship.