The ‘passionate worker’ is an annoyingly resilient delusion 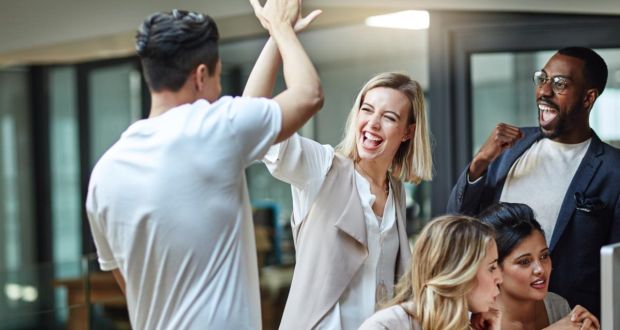 Of all the management trends since the turn of the century, the exhortation to find passion through employment is one of the most delusional. Photograph: iStock

Britishness is an affliction; I suffer terribly with it. Like many compatriots, I find it hard to appear wildly enthusiastic about anything. Which is why I find the idea of being passionate about work a bit difficult.

This character flaw was brought home to me recently when I wrote about video interviews. Artificial intelligence was being used to look for evidence of passion. If I go for a job interview in the future, will AI mark me down?

In the privacy of my home I rehearsed an upbeat voice and cheesy grin in the mirror. Could AI tell I’m faking it? The idea made me panic, slightly, not too much, definitely not so anyone would notice.

I had hoped this imperative to “love what you do” would be a passing fad, going the way of office shorts.

Disappointingly, the passionate worker archetype is surprisingly resilient. And with this latest AI development, passion will be hard-wired into careers.

Social media is partly to blame for its profusion. LinkedIn teems with people with a “passion for solving problems”. Profiles proclaim a “passion for people” (what, all of them?) and a “passion for business” (ditto). Job advertisements demand passionate social media managers, developers and analysts.

It would be easy to blame millennials. Indeed, several recent essays have argued that the generation born after 1982 has replaced religion with work. The New York Times argued that for millennials, “workplace indifference just doesn’t have a socially acceptable hashtag”.

I am generally sceptical about millennial work stereotypes. I receive survey upon survey characterising my younger peers as wanting work-life balance, recognition and meaning from work. Guess what? I’m Generation X and I want that too.

But millennials have had the misfortune to enter the workforce with student debt, facing high property prices just as the passion mantra was in ascendance. It seems cruel that passion at work has risen in tandem with precarity.

Of all the management trends since the turn of the century, the exhortation to find passion through employment is one of the most delusional. Sherry Linkon, author of The Half-Life of Deindustrialization: Working-Class Writing about Economic Restructuring, points out that passion is a privilege – most people need to prioritise money over purpose.

Even for those who have economic security, finding one’s calling can be an impossible ideal. Linkon writes: “It can generate a kind of frantic desire to find one’s passion or to feel passionate about one’s work, and that can make someone feel like a failure if that isn’t present.”

A new study has found that passion can be exploitative. In eight experiments with 2,400 participants, researchers from Duke University’s Fuqua School of Business found that bosses’ poor treatment of workers was seen as legitimate if they were passionate about the work. This included working extra hours for no extra pay as well as cleaning the office bathroom voluntarily.

In one experiment, participants were asked to assess two psychology doctoral students. One had a supervisor who was verbally abusive and demanded he undertook menial tasks unrelated to his studies. The other was treated fairly. The bullied student was deemed more passionate about work. “Passion”, the study concluded, can “license poor and exploitative worker treatment.”

This is not to say that we shouldn’t seek meaning in work. I recently interviewed career changers for an FT video series. Two switched from financial services – one to costume design, the other to teaching. Both were happier after finding a job that gave them passion, purpose – and far less pay.

But these were people who after years of workplace experience were clear-eyed about the trade-offs. As one contributor put it: “Work is called work for a reason.” – Copyright The Financial Times Limited 2019