The job interview of the future is already here 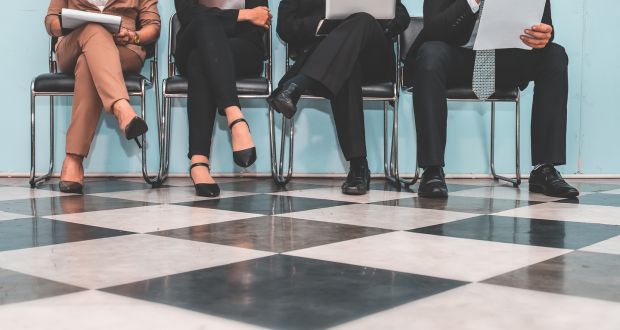 As the laptop whirred to life so I could try the computer game for myself, a familiar sinking feeling formed: interview dread

Over the past four months, 2,000 people trying to get hired by McKinsey have been plonked in front of a computer screen showing a picture of an island and these words: “You are the caretaker of an island where plants and animals live in a variety of diverse ecosystems.”

This is the start of a computer game the consultancy is testing as it tries to lure clever, tech-savvy people from beyond its traditional Ivy League business-school hunting grounds.

I learned this a couple of weeks ago when I bumped into a consultant who knew about it. How odd, I thought, wondering if McKinsey would ever let me have a play. The other day, they did, though I was soon wishing they had not.

Faced with the need to keep working into their 80s in an age of rising disruption, people would probably have to take a break to retrain and reinvent themselves

At first, all went well. At the firm’s London office, I was ushered into a room that contained a laptop and a couple of McKinseyites who explained why they were trying out the game. It turns out that even an outfit that gets about 750,000 job applicants a year – and hires fewer than 1 per cent of them – is not immune from tech disruption. McKinsey’s clients want help navigating a world of big data and other digital advances, so McKinsey needs to hire more people to do the helping, preferably before they get snapped up by Google or Facebook.

The trouble is, its interviewing process is analogue and arduous. The Glassdoor job review website once ranked it the toughest in the world three years in a row. That might be putting off the very people they want to hire, or making it harder to spot them. So the firm decided to try to see if adding the island game to its battery of interviewing hurdles would unearth suitable candidates.

But as the laptop whirred to life so I could try it for myself, a familiar sinking feeling formed. It was a sensation I had not felt since I last applied for a job at a new company more than 15 years ago: interview dread.

Distant, deeply repressed memories of spluttering my way through a painful newspaper interview came flooding back as the McKinsey people silently watched me peck away at the keyboard.

The game was no Grand Theft Auto. First, I had to figure out how to build a healthy coral reef, which is harder than it sounds, even when you are told which fish and corals do best at what water depths. Then I had to save a flock of birds from some hideous virus.

I don’t think my reef was a total embarrassment. But as the minutes ticked by while I tried to calculate the best vaccine microdoses for the stricken birds, all I seemed to be creating was a pile of tiny corpses.

Someone politely muttered that no candidate would be ruled out by the game. Before I could comprehensively demonstrate I was not McKinsey material, I decided to call it a day.

Allowing for the fact that I am not the target audience, I’m not sure what the average candidate would make of the game. I suspect a lot would enjoy it.

Yet it raises a wider question about the way workers might soon be hired.

It is now two years since two London Business School academics, Lynda Gratton and Andrew Scott, galvanised thinking about the future of work in their book.

They suggested people’s lives would no longer be ruled by the three stages of education, work and retirement. Faced with the need to keep hobbling in to work into their 80s in an age of rising disruption, they would probably have to take a break to retrain and reinvent themselves. I like the idea they might do a very different type of job interview as well.

McKinsey’s island game was built for the firm by a US start-up called Imbellus whose 20-something founder, Rebecca Kantar, wants to drastically reshape the way we measure people’s abilities. Kantar is a Harvard dropout who thinks that in an age of rising automation, people should be tested on how they think, not just what they know, and employers need to understand the skills that define human intelligence. A lot of influential people are backing her. Forbes has just ranked her company one of the highest funded start-ups for 2019 by a founder under the age of 30.

McKinsey is right to be testing her ideas but it should not stop there. We all need to know how these theories really work in practice. – Copyright The Financial Times Limited