‘The Irish have made a big impact in Belgium’ 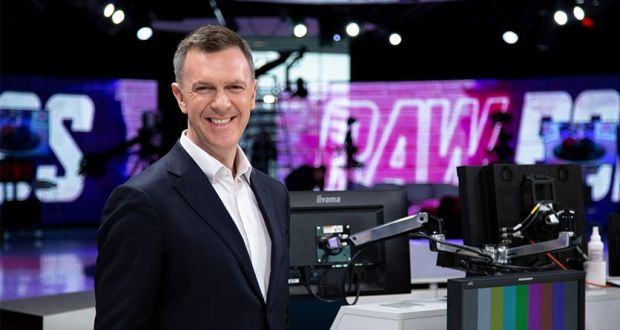 “It gave a sense of clarity to the big adventure we were going on,” says Brian Maguire. “This wasn’t something new, people had done this before – it’s a huge thing to bring two small children in the middle of an economic crisis to a new country with a different language.”

Maguire is recalling a moment of clarity before his move from Belfast to Brussels.

“For me, we tend to think too much in our own little environment, but we’ve been doing this for generations and the Irish made a big impact here. ”

Maguire’s great-grandparents had once lived in Flanders near Bruges, where they exported linen for Belfast companies. That experience was not lost on Maguire as he sought to export himself, his wife and his children back in 2011.

Back home in Belfast, Maguire had worked as a journalist and had run his own publication, the European Business Express, before packing up, moving to the Continent and continuing the same theme as publication and media company owner.

“What I do here is a mix of straightforward journalism and other related things. I also work for other agencies, produce content for European Parliament and [do] event moderation for the European Commission.

“It’s based inside what we call the ‘Brussels bubble’ and it’s almost entirely separate from the rest of Belgium in that sense. We function on a hyper-international environment and it’s very specialised. We deal almost exclusively with EU affairs. National politics doesn’t feature here that often in the day-to-day discussion, so you are really dealing with the broader scope of agriculture, trade, geopolitics or defence.

“One of the reasons we decided to move to Brussels was that clients weren’t paying their invoices at that stage. It was getting increasingly difficult – the property market went down 40 per cent in a very short space of time. We discovered one of our advertisers in Belfast was paying four times more for an equivalent circulation in Brussels, so we started to look at Brussels to move the business there.”

For anyone thinking of relocating their business to Belgium, Maguire has some solid advice. Having experienced both systems, the rigmarole involved in setting oneself up in business in Belgium can often catch out the unprepared.

You need to register as soon as you arrive, as the penalty system they have in place in this regard can be quite severe for a start-up or sole trader. Registration can only be done in one of the three official languages – French, Dutch or German.

The advice is to hire an accountant and perhaps a language student or translator for the paper work.

“Just finding one person who speaks some English and is prepared to help you even a little bit will speed [up] the process in an enormous way, compared to the everyday experience. Belgium is notoriously complex for administration and it has one of the highest tax rates in the world as well.

“I know a number of people who came here as freelancers and, within a short time, they were receiving tax bills for €30,000, which would have been more than they were making at that time, never mind what they were due to pay on tax. Some of these things have changed in the last few years; they are focusing on microbusinesses to make it easier to register online – and it also depends very much on where you go for the advice.”

With easy transport links to Ireland and English widely used in business, Maguire feels strongly about encouraging Irish business to consider Brussels as a stepping stone to finding new international markets. After all, there are more than 36 direct flights to the city from Ireland each week.

“Irish people should do more business in Brussels, for the simple reason that we deal with a lot of global trade networks here and it’s a huge hub of opportunity to begin opening new markets overseas.

“People should not focus just on their Irish connections here; they should really make a concerted effort to establish themselves with trade networks. Particularly for SMEs, it’s one of the few places that you have a real hub of diplomatic and trade connections right on your doorstep.

“Don’t be put off by the language, all these people speak English.”

As the date for the UK leaving the EU looms large, Maguire gives us the view from the heart of the union.

“The sense for the European bubble here is one which [sees Brexit] as a damage to democracy. Things are very turbulent and Brexit is a clear symptom of [the] risk of great damage to the European project. Most people here see the European project, the European Union essentially, as one that guarantees peace and stability and we are very conscious that, in the absence of that, Europe can slide back into a very dark place.

“In Ireland, people don’t think so much about the geopolitics of how Russia might directly affect them. Here we think a lot about that. We are very conscious how Russia, China and the USA can really play a positive or negative role, usually a negative role, in the stability of the EU.”