The best business books to get you through the lockdown 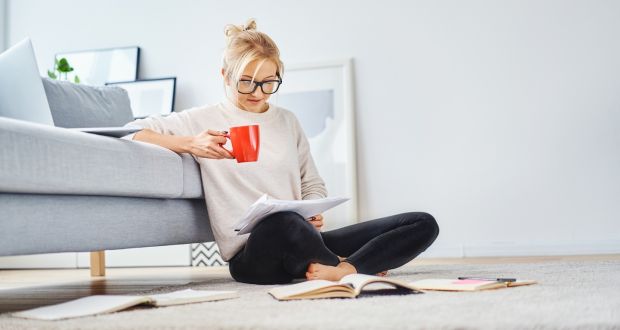 Read widely and take in the bigger picture when adapting as a business during a crisis. Photograph: iStock

The timing of her latest book, Uncharted, by chief executive-turned-business-guru Margaret Heffernan couldn’t have been better. It’s all about coping with uncertainty. Heffernan is not a fan of the “science” of prediction and is sympathetic to the view of Canadian economist John Kenneth Galbraith, who famously said: “The only function of economic forecasting is to make astrology look respectable.”

The unfolding coronavirus crisis adds weight to Heffernan’s argument that trying to achieve certainty in an uncertain world is a fool’s errand. In her view, efficiency and “the false promises of technology”, are a hazard not a help in today’s complex world.

Asked by The Irish Times for her thoughts on the impact of Covid-19 on business she said: “Some of the current crisis has been exacerbated by the rabid efficiency with which business has been conducted. Efficiency removes margins – for error or surprises.

“I hope that, when this is over, we will remember that lesson: that not everything is predictable and, as a consequence, as individuals and as businesses, we need to have more talent, more ideas, and more solid relationships to help us work through what we didn’t expect.”

Heffernan’s book was launched in February but the shelf of business books is also home to some enduring golden oldies. It is more than 30 years since Stephen R Covey wrote the 7 Habits of Highly Effective People and it has sold more than 25 million copies.

Its framework for personal effectiveness still resonates because its basic principles of fairness, integrity, honesty and human dignity are timeless. Covey advocated an holistic approach to integrating personal and professional problems because he believed it led to security and, with the pandemic now shaking business to the core, the importance of having an anchor has never been more relevant.

Change will be an inevitable consequence of the Covid-19 crisis and Who Moved My Cheese by Spencer Johnson (first published in 1998 with sales since of more than 28 million) is worth revisiting. It’s a modern-day parable and its core message is that, once you stop being afraid of change, you can cope with it. An interesting local connection is that Johnson is a graduate of the Royal College of Surgeons in Ireland.

Zip-along narratives are not common among business books, but Ashlee Vance’s Elon Musk and John Carreyrou’s Bad Blood are both pacey reads. Vance’s book is a frank insight into Musk’s manic energy that charts his progress from his early days with PayPal to the launch of Tesla and on to his grand plans for space travel and the colonisation of Mars. Carreyrou’s book about white-collar crime chronicles the rise and fall of blood-testing start-up Theranos, once the darling of Silicon Valley that was brought to its knees by breath-taking fraud.

The Future of the Professions, by father and son Richard and Daniel Susskind, goes into some detail about two potential scenarios facing the professions due to advances in technology.

If you’re wondering what kind of education will equip your children for an uncertain future, science writer David Epstein’s book, Range, might provide food for thought. He argues that breadth of experience, failing, making mistakes and going off on tangents is more likely to lead to long-term success than specialising from an early age.

Quiet by Susan Cain isn’t a business book. It’s classified as psychology and it explores “the power of introverts in a world that can’t stop talking”. Before you switch off, that’s an estimated third of the population. If you manage people, you’re likely to be working with those to whom the term applies. Cain believes we underestimate introverts and lose out on their typical qualities of creativity and innovation.

“Some of our greatest ideas, art and inventions – from the theory of evolution to van Gogh’s sunflowers to the personal computer – came from quiet and cerebral people who knew how to tune in to their inner worlds and the treasures to be found there,” she says.

Loonshots: How to Nurture the Crazy Ideas that Win Wars, Cure Diseases and Transform Industries by physicist and biotech entrepreneur Safi Bahcall, focuses on why significant breakthroughs often come from “widely dismissed ideas whose champions are often written off as crazy”.

Bahcall uses science (and specifically phase transitions) to look at the world and the mysteries of group behaviour and says that “applying the science of phase transitions to the behaviour of teams, companies, or any group with a mission provides practical rules for nurturing loonshots faster and better”.

In this data-driven world, Invisible Women by Caroline Criado-Perez makes sombre reading about use and abuse of data. Perez argues that designers and developers have persistently excluded or downplayed women in data sets to create potentially dangerous bias. Amy Webb’s The Big Nine looks at the companies dominating the introduction of AI and how the tech titans could ultimately “warp humanity”.

Richard Davies’ Extreme Economies is an original take on what makes economies tick. Davies eschews the usual economic powerhouses and takes the reader inside economies living on the limit and looks at what being marginalised can teach us about survival, success and failure and resilience. It’s a timely read.