Succession: Daughters have work cut out in family businesses 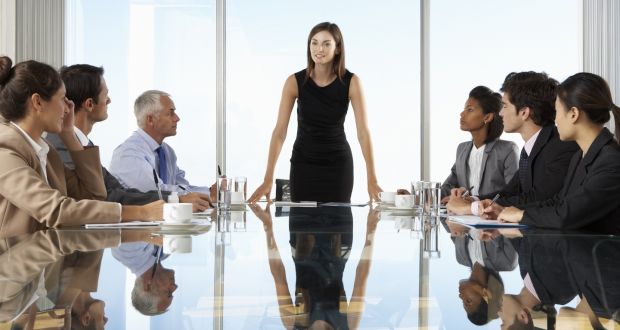 ‘The preparation process is particularly vital where a daughter is succeeding her father. She needs to develop independently and become highly visible in her own right.’ Photograph: iStock

One of the decisions most likely to rock a family business to its foundations is succession. Who will replace Mam or Dad at the helm and what’s the potential impact of the choice on family relationships?

At one time the succession path was clear. Sons took over from their fathers. Times have changed but daughters are still significantly under-represented at the top of family firms. Prof Maura McAdam from DCU’s National Centre for Family Business thinks she knows why.

“Establishing credibility as the next heir can be particularly challenging for daughters because the role of successor is traditionally male and the right of the eldest son,” she says. “This means daughters have to engage in much greater efforts to overcome perceptions of gender inequality, to build a legitimate successor identity and to be recognised as the company’s leader by both family and non-family members and wider stakeholders.

“In short, daughter successors must engage in particular forms of identity work if they are to overcome the general invisibility of women in family businesses.”

McAdam is the co-author of Anointed or Appointed? Father-Daughter Succession within the Family Business, which was published last month. It’s based on a study of five Irish family businesses in which the father chose a daughter to succeed him when there was an eligible son in the business.

“The preparation process is particularly vital where a daughter is succeeding her father,” McAdam adds. “She needs to develop independently and become highly visible in her own right.”

Some of the ways in which female successors were found to be doing this was by adopting a different style of leadership to their fathers (typically moving away from a traditional top-down approach) and introducing radical ideas or significant changes to make their mark.

For Flora Crowe of Crowe’s supermarkets in Co Clare, the transition to the managing director’s role was gradual and natural. She has been involved in her family’s business from the time she was old enough to help out, and she joined full time in 2008 following a commerce degree and a master’s in business. Crowe is one of seven children (two of her brothers also run their own sites) and she succeeded her parents about three years ago.

“I’d always been involved, even during college, so I was the most obvious family member to take over,” she says. “Initially, there was some resistance to me from within the grocery trade, as areas like butchery were very male dominated. But people got used to the fact that they had to deal with me.

“I had worked alongside my parents for years, so I knew the business inside-out, and they prepared well me by putting me out front in meetings and discussions with suppliers from a few years before.

“Covid has been my biggest challenge since taking over, but I joined the business in the middle of the economic crash so I’ve worked through a crisis before,” she says. “This time we had to cope with a sudden colossal jump in sales and react to the situation almost overnight by introducing home delivery and broadening our stock significantly to include hardware items like paint.

“We’re based in our community so we were determined to get people what they needed, and this was where having strong supplier relationships paid off. We also benefited from having great staff, who pulled with us to get all of the necessary Covid measures in place as quickly as possible.”

Niamh Fitzgerald is director of hotels for the Louis Fitzgerald group. She has been running this side of her family’s business since 2017. Her father, Louis, built up the pub and hotel group over 50 years. Three years ago, he felt the time had come to have the succession discussion. He is still involved in the business but four of his children now run different parts of it while he has taken a step back.

“Louis encouraged us to learn the business from the ground up and very much took the view that if we proved ourselves and were capable, we should be given the opportunity,” Niamh says. “I think it’s probably easier to be a daughter in a lead role in hospitality than in some other sectors as there’s more of a tradition of women senior roles. The difficulties I experienced when I took over were more to do with me settling into the job than any gender issues.

“Broadly speaking I do things in a very similar way to my dad, and I think when you’ve been trained by a parent, you tend to think about the business in a similar way as their knowledge has shaped you and influenced your management style.

“But when the time came, he encouraged me to step up and start making the big decisions on my own. However, it’s great to have him in the background as a sounding board or to offer advice.”

Maura McAdam says the Crowes and the Fitzgeralds are good examples of the modern family business at work. “The leadership is much more collaborative, and it’s very encouraging to see visionary fathers who are choosing their successors on merit rather than gender,” she says.