Stranger things: how the IoT will turn our world upside-down 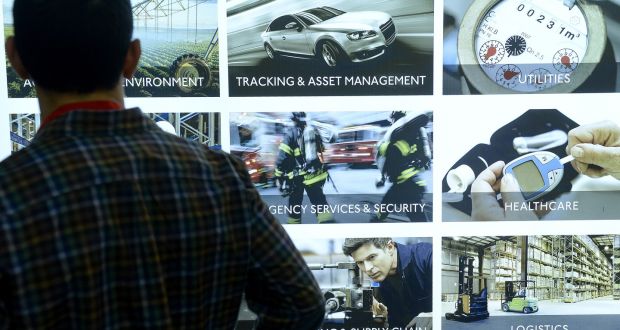 If you wear a fitness tracker or turn on your house lights remotely with your smartphone, you’re already participating in the Internet of Things (IoT). Estimates vary, but one figure that keeps cropping up is 50 billion. That’s the number of devices predicted to be connected to the internet by 2020.

Why does this matter? Because IoT experts tell us that smart devices will be the powerhouse of Industry 4.0 (or the fourth industrial revolution) and as transformative as steam, electricity and computers.

The IoT has the potential to touch every aspect of our lives and is expected to have a growing impact on the world of work by helping to reduce costs and drive productivity. Tyre-maker Pirelli reckons embedded IoT devices are saving its commercial vehicle customers an estimated $1,500 per truck. Jan Mrosik, chief executive of Siemens’ digital factory division, says: “Industry in the future will be 100 per cent digitalised and networked via the cloud. It will be able to develop and manufacture new products many times faster than at present, and all perfectly tailored to individual customer requirements. This will be just as true for sneakers or smartphones as for cars or other products.”

A 2016 study, “Internet of Things: Science Fiction or Business Fact?” published by the Harvard Business Review, points out that the IoT is actually far from new. Companies have been using sensors, machine-to-machine communication and networks to get information for over two decades.

What’s pushing it centre stage now, however, is the “explosive growth in mobile devices and applications and the broad availability of wireless connectivity. Other factors include the emergence of the cloud as a way to store and process large volumes of data cost-effectively.”

Researchers spoke to early IoT adopters, who had deployed the technology in areas such as energy and fleet management. They listed better customer service and improved use of assets as the primary drivers.

Of the almost 300 companies surveyed, 62 per cent said the IoT had somewhat or significantly increased their customer responsiveness, while 50 per cent believed it increased productivity.

The IoT can help businesses to streamline and make it easier to manage people and machines, especially those operating remotely. But it can also help companies change their business models and free up resources that can be reallocated to other areas.

Michael Elliott, founder of Cork-based tech firm Over-C, which is using the IoT to improve the efficiency of mobile workforces in large organisations, gives an example of IoT-enabled “smart” redeployment.

“One of the biggest risks in the rail industry is when the weather changes,” he says. “Using the IoT, we know if it’s about to rain and can ‘push’ cleaners to entrances because people are walking water into the station, and this becomes a hazard for slips, trips and falls – the number one insurance claim in all railway stations.”

Over-C was set up in 2011 and employs 34 people. The company’s customers include GSK, Scottish Rail and Thomond Park. In January, it signed deals with two Dutch companies worth an estimated €20 million over the next three years to implement its Over-C app technology, which uses mobile phones to feed data about activity, tasks completed and potential problems into a live dashboard.

“We don’t monitor people, we monitor tasks or assets as large organisations often don’t need to know who is doing something – they just need to know it has been done,” Elliott says. “Our sensor-based system means an operator gets a single-source overview of what’s going on with their whole venue, based on actual data not on paper reporting by an individual.”

“These venues often rely heavily on contractors to fulfil a lot of different roles. For example, Heathrow Airport employs around 76,000 people but only around 3,000 are direct employees,” Elliott says. “Many of the tasks are highly repetitive such as checking that fire extinguishers are properly pressurised.

“By fitting sensors – that can cost as little as 50 cent each – to items or pieces of infrastructure, they effectively manage themselves. With a malfunctioning fire extinguisher, for example, an alert will be sent automatically to the maintenance provider to come and fix it. If you release individuals from repetitive tasks and upskill them, they can add value by doing other things.”

Six ways the IoT can change your world of work

1. Office too hot or too cold? Smart sensors can adjust the temperature to suit the number of people present.

2. No more “Out of Order” signs on the lift as it will predict and self-report faults.

3. This one is a bit spooky: if you’re having a teleconference, a collaborative robot will come to your office to simulate an in-person meeting.

4. The IoT will let you do more in less time without the quality suffering.

5. The IoT will make life safer for those working offsite or remotely.

6. This one is also a bit spooky: if you wear a fitness tracker, your employer may use the data to identify how shortcomings in your lifestyle are contributing to frequent sick days.