Stepping back from company leadership can be hard to do 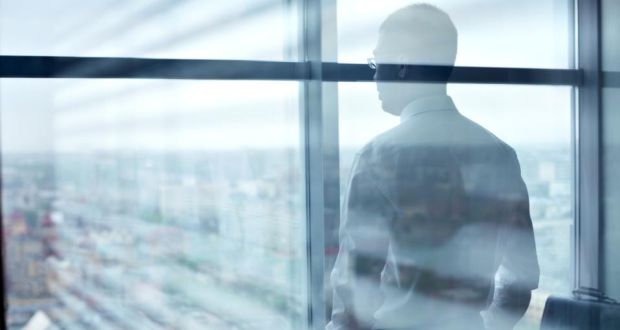 “Businesses need to evolve. New positions may have to be created or old ones dropped as part of that process. This may include the founder/chief executive moving roles, even temporarily.”

One of the hardest things for an entrepreneur or a long-serving founding chief executive to do is to step back from their business and let someone else take the reins. Commercially it may make sense to bring in the cavalry as few founders have all of the skills it takes to build a thriving enterprise. And, in established companies, those who stay too long at the top can grow stale. That said there can be a mighty gap between knowing it’s time to change the guard and doing something about it.

The first stumbling block is often the incumbent’s ego and the fact that they see the relinquishing of any power as weakness. On top of that, if their self-perception, self-worth and social status are inextricably tied to their business, it becomes an even more potent mix that doesn’t like to be stirred up.

But the consequences of hanging on too long are evident if people are willing to look.

A start-up that can’t raise funding or is struggling for traction despite a good idea can signal the need for new blood. In older businesses, the signs can include poor growth, weak financials and little happening in the way of new products, processes or markets.

Not every business is going to turn into a Wal-Mart or a Toyota, but if it isn’t continually moving forward by its own or industry standards then it may end up in trouble, especially if the economy slows down.

“Someone running a company for a long time – a family business is a good example – can reach a saturation or stagnation point where they, or indeed any family member, may not be the right person to lead that business into the future,” says Eric Clinton, associate professor of entrepreneurship and director of DCU’s Centre for Family Business.

This is where having advisers or a board of directors in the case of an established business, or a mentor in the case of a start-up, can be really beneficial. It can take an outsider to recognise and express the fact that this is not an optimal situation for the long-term good of the company and that there may be functional skills needed that the current leader doesn’t have.”

Businesses need to evolve. New positions may have to be created or old ones dropped as part of that process. This may include the founder/chief executive moving roles, even temporarily.

Entrepreneurs in particular have a tough time giving up “their baby” as they have put so much energy into creating it. However, the smart ones recognise that it may have to be done. Microsoft’s Bill Gates and Oracle’s Larry Ellison took their time to reach that point, but both eventually stepped back from the companies they founded, albeit with well-groomed successors waiting in the wings.

Prof Stephen Pennington is the founder of advanced clinical diagnostics company Atturos, a UCD spinout headquartered at NovaUCD. In May this year he relinquished the chief executive role to David Corr and became the company’s chief scientific officer. “I think I understand business and I had learned to do the job of a CEO but I am essentially an academic and I felt that my lack of business experience would ultimately hold the company back, particularly when it came to raising money,” he says.

“David has previous start-up experience and he has also worked in the advanced diagnostics industry, so he is well connected commercially. He brought a level of credibility to the company that I felt investors would be looking for.”

“It took me a few years of looking to find David. I knew I needed someone who shared my vision for the company and it was also important that there was good chemistry between us,” Pennington says. “I’m fortunate that David happened to come from a scientific background because it meant there was already a lot of shared knowledge.

“We have begun discussions with potential investors and it’s been really interesting to see how David conducts the negotiations. He takes a very measured and strategic approach whereas I think I would have probably put everything on the table on day one. He is also very clued in to the detail surrounding the financial requirements of the business and how things need to work in that respect.”

Noam Wasserman, an American academic and author of The Founder’s Dilemmas: Anticipating and Avoiding the Pitfalls That Can Sink a Startup, writes that “successful CEO-cum-founders are a very rare breed” and that most founders “surrendered management control long before their companies went public. By the time the ventures were three years old, 50 per cent of founders were no longer the CEO; in year four, only 40 per cent were still in the corner office; and fewer than 25 per cent led their companies’ initial public offerings.”

In Wasserman’s experience founders don’t go quietly. Indeed, his research shows that four out of five are forced to step down, often by investors.

“Founders are usually convinced that only they can lead their start-ups to success,” he says. “‘I’m the one with the vision and the desire to build a great company. I have to be the one running it.’ And there is a great deal of truth to that view.”

Interestingly enough for anyone grappling with the “will I, won’t I” dilemma of raising money, Wasserman discovered that the more quickly founding chief executives accept outside investors (which may change the power structure), the more quickly they lose management control.