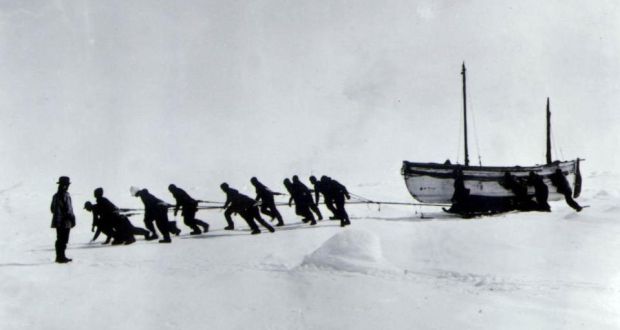 For his voyage to Antarctica, Sir Ernest Shackleton picked a meteorologist with almost no qualifications for the post, as well as a physicist he took a shine to after asking the man if he could sing. Photograph: PA

I came across a British entrepreneur last week who told me something peculiar. He was on the brink of sealing a deal with a venture capital firm that was ready to put several million pounds into his company when the investors asked him to do something he had never done before: take a psychometric test.

It was actually a series of tests involving phone calls, an online questionnaire and eventually a face-to-face interview with a corporate psychologist who said there was one important thing the investors wanted to know about him. Was he a psychopath?

“He said about 10 per cent of entrepreneurs are clinically psychopaths,” the businessman told me. “I assume I’m not, because I got the investment.”

What struck me about this story was not the idea of the corporate psychopath, fascinating as it is. Nor that some testers still think 10 per cent of business types are psychopaths when headlines suggesting this a few years ago turned out to be suspect.

It was more that this was yet another depressing reminder of the relentless spread of psychometric testing.

Once confined to places such as the civil service and the executive suite, tests can now be brandished at anyone from a teacher to a town councillor. Private equity and venture capital firms use them more since the 2008 financial crisis, one expert told me, chiefly to “spread accountability if it all goes horribly wrong”.

Thankfully, I have been so useless at changing jobs I have never had to take one. But every time I hear of them I think of two men: Paul Flowers and Sir Ernest Shackleton.

Flowers, the disgraced ex-chairman of the UK’s Co-operative Bank, was hired despite an uninspiring banking career after scoring well in psychometric tests. Unhappily, the former church minister turned out to have a fondness for illegal drugs and will be forever known as the Crystal Methodist.

Shackleton picked the crew for his voyage to Antarctica more than a century ago and comparing today’s corporate world to that era is fraught. Yet I find his recruitment methods compelling.

“If he liked the look of a man, he was accepted. If he didn’t, the matter was closed,” wrote the journalist Alfred Lansing in his book about the voyage. There is no record of any interview lasting much more than five minutes. Shackleton chose a meteorologist with almost no qualifications for the post, plus a tactless, rough-edged second officer and a physicist he took a shine to after asking the man if he could sing.

All made it back alive after drifting on ice floes in the most savage conditions when their ship was trapped and crushed by pack ice.

Gut instinct can obviously be flawed, especially if recruiters have never done the job themselves or are inclined to hire those of their own ilk, and perhaps testing helps in some cases. But the testing industry’s expansion is a problem. The more it has grown, the more information there is online about how to beat tests, as a quick bit of googling shows.

Test publishers are actually struggling in an “escalating arms race” against a shrewder generation of savvy applicants, says Andrew Munro, a chartered psychologist at the UK’s Am Azure corporate talent management group. He still thinks tests can help, but are better at sifting out bad hires than predicting stars, and there is no recent evidence to show their predictive power has improved much in the past 30 years. Yet on they go.

One place the tests have failed to penetrate so far happens to be another polar outfit, the British Antarctic Survey research group. It sends a new crop of workers down to its remote icy stations each winter, when evacuation is risky, so smart recruitment is vital.

It is done by a panel of polar experts and seems to work. The failure rate is small. Managers there say they are always looking to improve and once took part in a six-year study to see if psychological testing would help. The research showed some types of testing would boost the odds of picking suitable people.

But it also suggested that if certain criteria had been used, at least four candidates would have been rejected who were eventually rated as “exceptionally well adapted” by their station leader. It was decided the cost of testing outweighed the benefits. Shackleton would definitely approve. – Copyright The Financial Times Limited 2018