Slack time at work does not mean workers are slacking 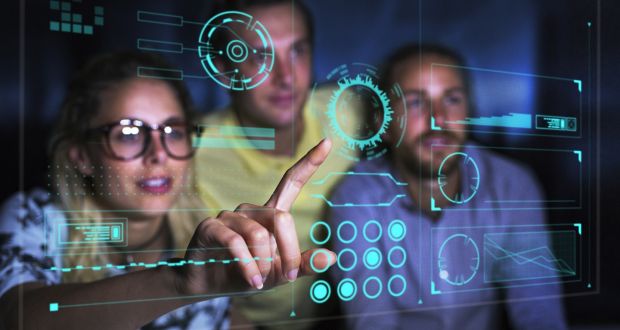 One of the contradictions of innovation, though, is that too little leeway can be bad for ideas generation, but so can too much.

Work often seems to pit Parkinson’s Law against what should be called McKnight’s Law.

William McKnight was the head of 3M in 1948, when the industrial group introduced “15 per cent time” a chunk of work hours during which staff were encouraged to pursue their own ideas. Among the best-known innovations it spawned were Post-it notes, invented by scientist Art Fry.

A few years later C Northcote Parkinson wrote his satirical critique of bureaucracy, based on the idea that “work expands so as to fill the time available for its completion”.

Applying Parkinson’s Law, Mr Fry would have used up his 15 per cent time completing his day-to-day duties. Too often, it appears, that is what happens. When I interviewed former 3M chief executive George Buckley, he mentioned that 15 per cent time really boils down to 5 per cent time, if you take account of staff who opt not to exercise their freedom to innovate.

Google filched McKnight’s Law and turned it into “20 per cent time”, giving Googlers freedom to invent successful extensions to the search company such as Gmail or Google News.

Periodically, 20 per cent time is declared dead. While she was chief executive of Yahoo, Marissa Mayer (a former employee of the search company) reportedly derided it as “120 per cent time” or “stuff that you’ve got to do beyond your regular job”.

Google has confirmed to me that 20 per cent time still exists. Interestingly, though, the company has also launched a workshop for its experimental products, called Area 120, “where Googlers spend 100 per cent of their time on 20 per cent projects”. Which makes me wonder: what are Area 120’s Googlers doing with their 20 per cent time?

That more thinking time for staff should result in better ideas feels intuitively right. In that spirit, last January, I programmed my phone to ping me at the same time every week and remind me to spend at least an hour reading and thinking about new ideas. In practice, of course, I override the reminder most weeks and use the time to work towards the next copy deadline. This is my excuse for not having yet invented a better Post-it note.

One of the contradictions of innovation, though, is that too little leeway can be bad for ideas generation, but so can too much. In 1998, Harvard Business School’s Teresa Amabile summed this up in an often cited article called ‘How to Kill Creativity’. She pointed out that above a certain threshold, adding more resources did not increase creativity. Keeping resources too tight, though, could “push people to channel their creativity into finding additional resources, not in actually developing new products or services”.

Later research has shown that successful innovation (measured by, say, the most inventive and useful patents) requires a certain amount of “organisational slack” in the form of funding for people, equipment, and technology. Beyond a certain point, though, the result of giving too much slack is a lot of slacking.

My bet is that these insights are going to become more important as technology picks up more routine tasks. “Operate with slack” is one of the principles of the good jobs strategy promoted by Zeynep Ton of MIT Sloan School of Management, for instance. Her theory is that scheduling more staff than necessary frees workers to serve customers better, but also to spot and pass on ideas for improvement.

Similarly, a paper from Deloitte’s Silicon Valley-based Center for the Edge urges companies to use technology to give frontline workers “the time and space to uncover the unseen opportunities and problems for their relevant constituents, and the latitude to act upon them”.

To put this into practice will require more managers who can see the line between useful slack and useless slacking. It also calls for business leaders to take an enlightened view of the importance of cultivating human capabilities such as curiosity, imagination and empathy. That will be beyond some of them. “When I talk about the future of work with executives, particularly in the privacy of their offices, the dominant question is: ‘How quickly can I automate, and how many people can I eliminate?’” one consultant told me recently.

This is where McKnight’s Law should come in. McKnight’s vision went well beyond the simple idea that time should be set aside for free thinking. 3M’s website still carries his best-known declaration: “Hire good people and leave them alone. Delegate responsibility and encourage men and women to exercise their initiative. Management that is destructively critical when mistakes are made kills initiative. And it’s essential that we have many people with initiative if we are to continue to grow.”