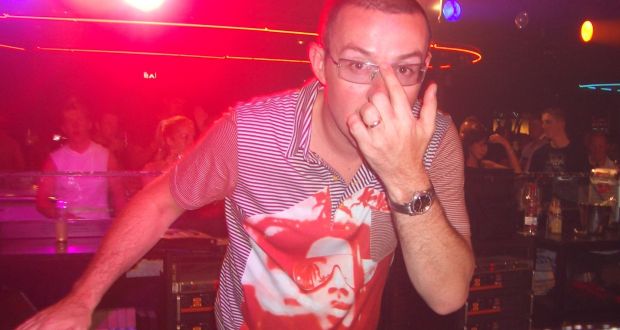 Judge Jules, the DJ, retrained to be a solicitor.

Does your career feel like an old suit, tailored to a former version of you? Perhaps it never felt right, and you just wanted to fit in with your peers?

Over the past few months, as part of a series for the Financial Times, I have followed five people switching careers, seeking the working life that fits them now. The youngest is 33, the oldest 51. One former forex trader is training to become a costume designer, for example. Another is a stay-at-home mother turned City lawyer.

All five reinforce the oddness of deciding on a career in your twenties and continuing on that track until the day you retire - if, indeed, that day ever comes. Priorities change, tastes too. I know this: at 21, I had a big perm.

I will continue to track the career changers’ progress until July. But for now, here are six things I have already learned from them (with a partial debt to Herminia Ibarra’s book Working Identity: Unconventional Strategies for Reinventing Your Career) that might help you, if you want to find a new working life that fits.

Talk to people – but not to the wrong kind. Co-workers can be the absolute pits. They may say, however bad it is in here, it is much worse out there. This is all about them. Your departure will force your colleagues to re-evaluate their own working life. It is similar to a married couple announcing plans to divorce, setting off relationship anxiety among all their friends.

Avoid recruitment consultants, who may try to talk you into a role much like the one you are in. Instead, find people outside your usual work circles, and attend lectures and events. Talk to people of different ages.

These things may be easier than you remember – generational boundaries are increasingly blurred. Judge Jules, the electronic dance DJ (who retrained as a solicitor), told me about his discomfort at 18 when his dad came to his gigs. Now, he says fortysomethings would not be out of place. At least that was what he told himself.

Interrogate people about their jobs, as Anthony Rondinone, a former recruitment consultant, did with programmers before signing up to coding boot camp. He quizzed them about the day-to-day, the best bits, the grunt work. People are usually delighted to be asked. After all, unless you are a footballer or Hollywood star, few are interested in the minutiae of your working life.

Be prepared to experiment

Can you take an evening class, like Reny Morsch, who fitted costume-making classes around her financial services job? Or maybe follow someone as they do their job? Organisations such as ViewVo can arrange shadowing.

The gig economy may offer opportunities to dabble in new types of work rather than commit to a different full-time career.

For some, inspiration strikes like a lightning bolt. More often a whirring Catherine wheel that flies off in the wrong direction and is reignited later, only to fizzle out before rising again. Bad metaphors aside, a career transition can take a long time and run into problems and setbacks.

Be realistic about how much money you need to live on while you make the switch. Save up enough to see you through the hiccups.

Making a career shift can catapult you into no man’s land. You have lots to give: experience gained elsewhere is invaluable. But also much to learn.

That is not just a difficult adjustment for senior executives to make. I was surprised to hear Richard Alderson, the founder of Careershifters, an organisation that helps professionals switch, say twentysomethings can be more status-conscious than thirty- and fortysomethings. The ones who adapt best are those who are not overly preoccupied with status.

. . . but don’t underestimate yourself

The FT’s career changers are pleasantly surprised to discover that their skills are valuable. I look forward to seeing if their new work garb continues to fit.