Should you erase your digital footprint to progress your career? 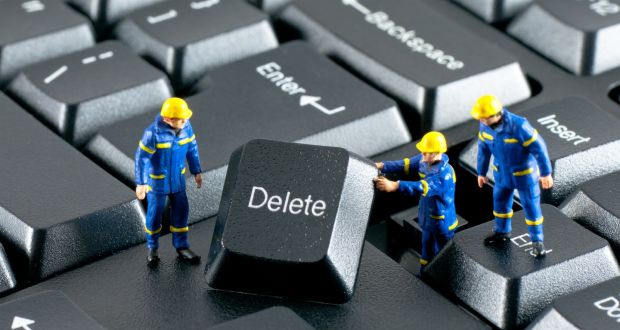 Most employers expect young employees to have a digital past. They also accept youngsters may have acted unwisely.

A few years ago, a friend moved jobs following a long career with an international NGO. Despite telling people he was leaving, emails looking for help continued to arrive by the sackload. Being the conscientious type, he continued to answer them until he realised how much of his spare time this was absorbing. To stem the flow, he decided to erase his digital footprint and to replace it with a carefully curated new profile. Two years and a great deal of effort later, he’s just about managed to wipe out his history.

My friend had nothing to hide. He hadn’t made unwise comments online, posted embarrassing photos or bared his soul on Facebook. But it’s common for younger people to live unfiltered lives online now and this can create problems if their digital history is subsequently explored by a potential employer.

According to a survey from CV-Library (a UK-based generalist jobs board with an Irish presence since June of last year), one-third of recruiters actively track potential candidates on social media and most employees believe they will be judged based on what they’ve posted.

Despite this, the research (conducted with 1,100 workers and 200 recruitment professionals) showed that 30 per cent of Irish employees don’t set their social media profiles to private.

As the Facebook/Cambridge Analytica affair in past week has shown, your information, your likes and other information and online interactions can inadvertently give others an all-too-accurate picture of you.

“If you are an avid social media user, you may want to switch your accounts to private mode to avoid potentially damaging content being found,” says Lee Biggins, CV-Library’s founder and managing director. “After all, what you may deem as a ‘fun’ post could be considered inappropriate by a potential employer. It’s definitely not worth the risk so, when in doubt, give yourself a quick Google and make any necessary amendments.”

“While selfies are now very popular, our data suggests that recruiters don’t agree in the professional sense,” Biggins says. “For this reason, avoid using selfies as your profile photo and ask someone to take a picture of you against a plain background.”

Most employers now expect young employees and those entering the workplace for the first time to have a digital past. They also accept that youngsters are not always circumspect and that they may have acted unwisely. However, perceptions change as people move into middle and senior management and that “hilarious “post may not be so funny when viewed out of context by the person holding the keys to a promotion.

It is also prudent to become more cautious about sharing if you’re actively searching for a new job.

Kicking over the traces is not for the fainthearted as it requires extreme persistence and is very disruptive. It means dumping your existing email account(s), closing down or changing all your social media settings, getting rid of tagged photos and photos you’ve added to different sites, deleting tweets, blogs and forum comments as well as content from digital accounts such as shopping and networking sites.

What eats time is contacting these sites to ask them to remove your account(s). Some will and some won’t – at least not without a fight. If you’re requested to confirm your identity as a preamble to deletion, don’t. It can be a handy way for a site to verify that the contact data they have about you is actually correct.

Ultimately, it is very difficult to fully delete your history, especially if you have been referred to or written about in the media. Eliminating all leftover postings and indirect mentions is also virtually impossible and there can be drawbacks to pulling back too far. Switching to encrypted email for example makes it difficult to interact with some of the biggest mail service providers.

Disappearing completely off the grid is particularly difficult if you want to retain some level of connectivity, as smart devices will let you run but not hide. Even something as seemingly harmless as a fitness device is a source of data. A couple of weeks ago the US army was left red-faced when fitness trackers worn by soldiers in a war zone gave away their supposedly secret location on satellite imagery.

Sites such as justdelete.me will show you how easy/hard it is to kill accounts and, for most people, removing themselves from major sites and taking down anything dated or no longer appropriate will be enough.

When creating a new profile, the best advice is to share minimal details about yourself and stay away from sites that ask you for information that has nothing to do with the goods or services they are providing. If you want to be very cagey, use an internet service that doesn’t track your history and set all profiles to private. The internet is now full of “data brokers”– people who trawl for information, collate it and then flog it to others.

When starting anew, don’t link accounts or use one account to sign into another. Also, be wary of apps and what permissions/data they ask for. Apps are so simple to download and people are so time-poor that it’s all too easy to just press “get” and never scroll down to the detail. But next time before you click, take a moment to decide if you really want an app to have access your contacts book for example.