Seven short lessons that will make you a better leader 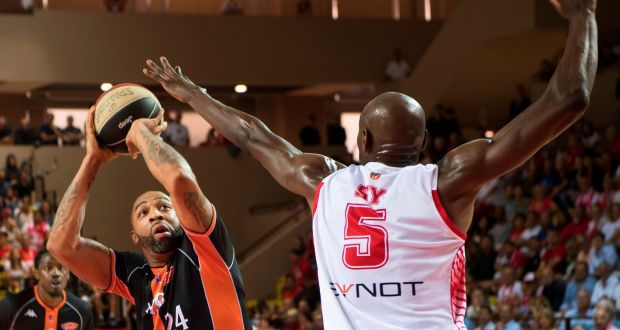 It was about “seeing” the outcome, “believing” the ball to already be in the basket, before you even threw it. Photograph: Bertrand Langlois/AFP/Getty Images

How to become a leader? It’s a perennial concern for both organisations and the individuals they employ. I lead a staff of about 80 people. Over almost two decades I’ve taken various middle-management roles, and for the past four years, I’ve at the top of that particular ladder.

We’ve been doing really well over that period, and the future looks bright. So, what can I say about “becoming” a leader? What sort of skills are important and how to know if you can lead?

Let me start with a short but true story. I was 16, and a bit shy. And I had a girlfriend. For dramatic effect, let’s give her a cool name, Evangeline. I can’t remember why she agreed to go out with me, and truth be told we never went out anywhere, really, but there she was. And she was really lovely.

One day, her best friend, let’s call her Rose, approached me on my own to say: “I don’t know what she sees in you.” I didn’t respond, but I had two choices: either be crushed and wilt, or not. I decided it didn’t matter what Rose thought, what mattered was what Evangeline thought.

This was the first time I can remember actively allowing something negative to just bounce off me. And for the first time, I felt a little confidence, of a type that was decided by me. And that’s the important bit. It was a first step on a road to building confidence, and a valuable lesson to my teenage self, valuable enough that I remember it at all some decades on.

Later, I would realise what mattered most was what I myself thought. So, what’s the point? Confidence is vital for leadership. It is vital that you are happy in your own skin, not arrogant, that you are respectful of the views of others and can allow negativity to bounce off you. You have that confidence – it’s already there, in your upbringing, and you’ll need it to be a leader. And a spark of it can grow.

I played basketball in my youth. I was reasonably okay at it. But one thing that worked really well was something I would later learn to be called Gestalt thinking. It was about “seeing” the outcome, “believing” the ball to already be in the basket, before you even threw it.

I do this all the time now. It’s visioning: seeing any initiative as if it were already completed. It’s an incredibly useful tool and can help you to plan for ambitious yet achievable goals in a way that imagines them as already achieved. That’s lesson two: if you have a new idea on your desk, close your eyes and imagine what your environment would feel like with that idea achieved. Would things be better? Leadership is essentially about guiding and realising change, and useful change needs to solve some problem, improve the status quo or remove someone’s pain. So, with eyes still closed, ask yourself what problem does this solve? This helps to assess which initiatives are worth chasing, and ideas with multiple impacts can be more valuable.

Look up “Gestalt psychology”, and give it a shot.

Now some of my basketball shots still missed, as the laws of physics played against my best intentions. But still I tried. That’s lesson three: never give up the first time. Or the second.

But you must learn from failing, otherwise you don’t improve. There are plenty of tasks I do as a leader that I hadn’t a clue how to do when I started, but now I can. So, allow yourself to learn, and know that you’ll always improve if you do. There are other things I still can’t do very well, and that’s lesson 4, there is always more learning. Don’t expect yourself to know everything if you find yourself leading something, whether it’s a project, a sports team, a company, or whatever. But be prepared to learn, and have fun at it while you do.

And that’s lesson 5: enjoy it, like it. If you’re in a leadership role, you’ve got to like doing it, or you just won’t be your best self.

I can say for certain that, as a leader, my best friend is predictability. Knowing my budgets and resources helps me to delineate the things where I can have some impact. Uncertainty is not a friend, yet we all need to deal with it. Even if budgets are low, if they’re predictable, you can do things. This leads to the importance of having a plan and sticking to it.

To build a business, or a team, deliver a project or implement a new idea, you need a plan. The best plans are written or drawn out, and they fit on one page. That way, everyone on your team can remember all the stuff in it. And sticking to a plan is harder than it looks, because things can change over the period.

Allow the plan to adapt, but keep the focal areas intact. Prime numbers work a treat: I keep my one-page plan to five areas, with two to three clear metrics on each, but the detailed actions in each area might evolve over time.

For a business, one approach is to have a single three-year strategic plan across five areas, then annual one-year or quarterly operational plans to bring it to fruition.

Long strategies end up gathering dust in filing cabinets. Keep it simple, keep it short. And then shorten it some more.

Lesson six: can you hear it? It’s something you definitely know how to do, and it’s so important for leadership. Listening. Hearing the other person’s view. Pull a team around you, discuss issues and listen. That way, you get the benefit of better ideas than your own. Be open to that, give credit when it’s due, and all boats are lifted. Remember it’s always about the team.

Lesson seven is about comfort zones. Sometimes in life, we can be thrust into situations. We may not see them coming. If you find yourself leading, because there’s no one else, or because of circumstance, don’t retreat to the comfort zone. Someone thinks you can do it, or you wouldn’t be in the position. The main thing is, do you think you can? Can you see some endgames, some accomplishments, as if they’re already achieved? Then don’t be boring.

So, I told you I like prime numbers – seven short lessons. There are many more.