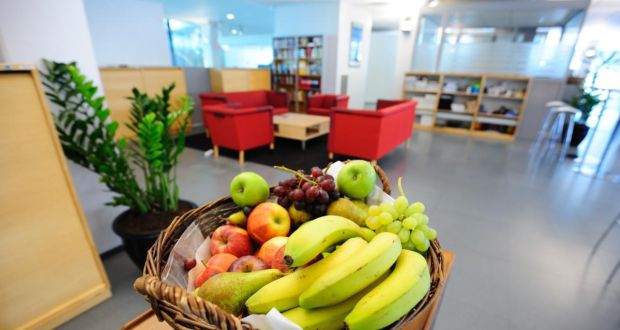 What stops many people returning to work after a career break is a crisis of confidence and a fear that the workplace has moved on too much. Photograph: Getty Images

While career breaks are technically open to both men and women, in reality they are more likely to be taken by women who have decided to stay home with young children. What stops many of these women returning to work later on is a crisis of confidence and a fear that the workplace has moved on too much, especially for those whose previous careers were in information and communications technology (ICT).

Women ReBoot is a national tech sector initiative aimed at experienced ICT professionals who have taken time out. And it’s one of a number of initiatives designed to help returners re-engage with the workplace. Another is the Relaunch Your Career initiative run by Mastercard, which is open to both men and women. The programme is run globally and is aimed at those who have taken a career break of two years or more. It was introduced in Ireland last year.

What’s interesting about the Mastercard initiative is that it’s very specific. The company decides how many positions it has open and takes on only that number of people for the three-month training programme. The idea behind this is that it wants to offer returnees full-time jobs if the relationship works out.

The second reason is that the company has to commit time and resources to the process and, with a small number of people, it can ensure the best possible outcome by giving returnees individual attention. Last year it had more than 60 applications for three positions and two of the three people selected are now employed full-time by the company. The third person found employment elsewhere. There are four positions available for the 2019 programme.

Mastercard in Ireland is a technology hub so its ideal returners come with third-level ICT credentials.

“The returnees are paid and do ‘real’ jobs and are fully involved in meaningful projects; it’s not about having someone in to do the photocopying,” stresses Ann-Marie Clyne, vice-president of human resources. “We already have a well-developed internship programme at Mastercard so we have leveraged this in terms of learning and development for the returnees.

“We find confidence is the big issue. People have the skills. They just need brushing up.”

Andrea Crofts and Neha Katoch took part in last year’s Mastercard programme. Crofts is a graduate in computer science, while Katoch comes from a background in electronic engineering. “I had been a software engineer for about 12 years, first with Ericsson and then with a smaller company, but I had been out of the sector for 15 years and it’s such a fast-changing industry that I was concerned about going back,” says Crofts, who now works as a project manager with Mastercard.

“I got the opportunity to shadow a scrum master [in layman’s terms someone who manages a software development team] and to work with a career coach to identify my strengths and to avail of online learning to catch up on different tools. I also had mentoring from my direct manager and another company vice-president.

“I now have a fulfilling new career and am really enjoying the challenge of being back in an IT environment. I love my job, the day flies and I really enjoy the great team atmosphere.”

Katoch moved to Ireland three years ago and took part in both the Women ReBoot and Mastercard programmes. “I found the support we were given to tackle the emotional side of having taken a break and the help with how to prepare your CV and to present yourself at an interview was extremely beneficial,” she says.

“Initially, you feel very nervous coming back into the workplace – a bit like your first job as a new graduate – but the people we were working with already knew about us and gave us time to find our feet,” says Katoch, who is now working in software engineering testing. “We were not expected to be able to do everything on the first day. We had time to settle in.

“The first few months are challenging because you feel you have to prove yourself. But you already have the knowledge and the experience: it’s just a question of rebuilding your confidence enough to use them.”

Elaine Russell is head of Women Returners Ireland, which was set up in 2017. “We’re a source of support for professional women who want to return to the paid workforce after an extended break,” she says. Women can join the network free of charge and are advised of opportunities that might suit them.

The network offers career and life-coaching support to returners (who typically have third-level qualifications) and is working with a number of employers involved in returnship programmes including Fidelity and Accenture. The Accenture version is called ReSume and there are currently 11 people on its four-month work placement.

Among the first sectors here to tap into returnees as a potential source of talent were financial services and construction, with opportunities also being offered in pharma and manufacturing.

“Companies are definitely showing a growing openness to the idea. It’s a different way of addressing the tight labour market and we are seeing larger companies taking on returnees in groups while smaller companies are doing it on a one-by-one basis as roles come up,” Russell says.

“The big advantage of employing a returnee is that you’re getting a very strong and experienced hire from a previously hidden and untapped pool. From the returnee’s perspective, it’s also very positive as there is a strong possibility of a job at the end of it.”