Post-holiday blues? Give yourself time to catch up 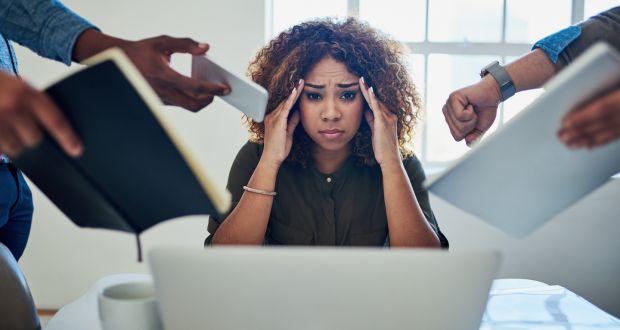 Some managers resent staff taking holidays and make them pay for it by dumping a pile of work on top of them as soon as they return. Photograph: iStock

It’s the week before your holidays and your productivity soars. The exhilarating prospect of downtime spurs you to move mountains and you leave the office with a spring in your step.

You return full of goodwill but, within a few days, these positive feelings have evaporated. You put it down to post-holiday blues and there may be an element of truth in this. Taking time out can highlight the need for a career change. However, it’s far more likely that you’ve been caught in a quirk of time management, according to productivity expert Neil Massa of Smarter Not Harder, who has spent years getting to the bottom of why people end up feeling like they’ve never been away.

“In my experience, it takes roughly six hours to get back into your normal workflow for every week you take off,” he says. “This is the time you need to get your head back in the space, to catch up with what has been happening, to read emails, check in with your colleagues or team and read important documents, and that’s all before people start throwing new things at you.”

Massa is not suggesting that this time out to reboot should all happen in one go. He advocates a more measured approach that involves taking a few hours for several days to play catch-up.

“If you do this, those nice relaxed feelings you brought back from holiday will last for a few months, if you don’t they will be burnt out at the end of week one,” he says.

“It may sound obvious, but people are far too ambitious about what they think – or are expected – to achieve in their first week back. They start piling themselves up with new work and that feeling of being unable to cope begins to dominate.

“The failure of holidays to leave people properly rested is a business issue so the solution is one the business must support. It must accept the inevitable – that there will be a fall in productivity during the week following a person’s return from holiday – because they need to schedule in this vital catch-up time.”

Massa, whose company has a policy of not sending emails to staff while they are away, says it’s more effective to catch up face to face rather than wading through piles of documents or back-and-forth emails. He also points out that there’s no need for managers to get snarky with those not firing on all cylinders after their break, as most businesses will have benefited from a “huge spike in productivity in the weeks leading up to that person taking their holiday.”

There are some managers who resent staff taking holidays at any time and make them pay for it by dumping a pile of work on top of them as soon as they return. However, most “dumpers” tend to operate year round. And while some of them are just good old-fashioned sadists and others are simply badly organised, Massa says there is a third group (both management and staff) who operate in the twilight zone of time-management unreality.

“Most people, managers and employees alike, are really bad at estimating how long things are going to take,” he says. “We tend to guess and can be a little bit out – which we can cope with – or wildly out, which is how the problems start and multiply.”

Underestimating how long a task is going to take typically has a snowball effect. By the end of a week, this can amount to a pile of accumulated work and quite possibly a nasty migraine to go with it.

“It may sound strange but we need to practice forecasting and to get good at knowing how long things take,” says Massa. “We tend to think in multiples of 60 minutes to do something but we don’t really pay attention to long we actually spend on it.”

Not having an accurate awareness of time makes people constantly underestimate job length. And if you don’t know how long something takes, it’s unlikely your boss does and he or she will continue to add things. But rather than seethe about the overload, do the maths and use the information to have a “reality check” discussion with your manager about it.

“It’s much easier to negotiate your workload if you know how much time you’re spending on something. It will also give you credibility and the confidence to push back when you’re asked to take on another task,” Massa says.

His other golden rule is to build in 75 minutes a day for contingencies.

“There will always be things coming at you unexpectedly that will absorb time. If you haven’t allowed for this, your schedule is inevitably going to be knocked out and you will immediately be under pressure. The other positive step you can take is to look further ahead.

“Most people look a week or maybe two ahead but, in my experience, this needs to be more like four weeks so you can see your longer-range capacity. A classic example of getting this wrong is when you review your week on a Monday morning and, as it seems free enough, you overcommit and completely miss the fact that the following week is very busy so you’ve immediately created a problem for yourself if things spill over.”