Pilita Clark: Zuckerberg’s self-belief may yet be Facebook’s downfall 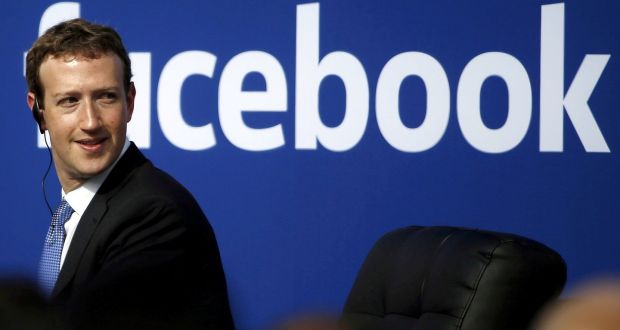 Mark Zuckerberg: ‘We wouldn’t even be here if I didn’t have control.’ File photograph: Stephen Lam

Mark Zuckerberg is one of the world’s richest men and he runs one of the world’s most important companies. Last week the Facebook boss made an unusually unpleasant discovery. Someone had secretly made two hours’ worth of audio recordings at internal staff meetings he addressed in July and sent the lot to tech news website The Verge.

This was striking for two reasons, starting with the leak itself. Facebook has about 40,000 employees and Zuckerberg has held weekly Q&A sessions with thousands of them for years. Although news drips out occasionally, it rarely gushes forth in the form of a two-hour recording.

Without knowing who did the leaking or why, it is impossible to know if the disclosure means staff are growing more disillusioned with their leader. But if they were, it would not be a shock.

Zuckerberg has spent the past two years struggling to contain a rising stream of scandals, from fake news and election meddling to privacy breaches and the livestreaming of a gunman’s brutal attack in New Zealand.

No wonder the Pew Research Center says the share of Americans who think technology companies have a negative impact on the US has nearly doubled in the past four years. And no wonder the line of people calling for a break-up of his empire, which includes Instagram and WhatsApp, has spread beyond politicians to his old university friend and Facebook co-founder, Chris Hughes.

As Hughes wrote this year, Zuckerberg’s focus on growth had “led him to sacrifice security and civility for clicks”

And his “staggering” influence was unchecked because he controlled more than half Facebook’s voting shares.

That underlines a more troubling aspect of the leaked audio. Zuckerberg’s staff address inadvertently reveals the extraordinary self-belief that has made him such a remarkable entrepreneur yet threatens to be his undoing.

At one point, he was asked how he was able to balance his financial responsibility to shareholders with his moral responsibility to society. He answered with a story about a defining moment in his life: the decision he took in 2006 at the age of 22 not to sell his two-year-old social network to Yahoo for $1 billion. Facebook has a market value of $500 billion today but back then his move seemed mad.

As Zuckerberg told his staff, the group’s 10 million users were dwarfed by the 100 million at rival network, MySpace, which was growing faster. “Our board was super upset,” he said. “Our whole management team basically quit.” He was told by “all these experienced people” he would regret his decision for the rest of his life. Surviving a moment like that at the age of 22, he said, “leaves you with a lot of confidence that you can make long-term decisions and that they can work out over time”.

The thing was, he added, if he had not kept control of his company, he might have been fired for a decision like that, or others that led to Facebook suffering one of the worst one-day stock market wipeouts in US history.

“We wouldn’t even be here if I didn’t have control,” he said. “Over the long term, it really is profitable to do the right thing.”

The trouble is, Zuckerberg’s definition of the right thing looks increasingly strained. Under his rule, Facebook has earned a reputation for a sluggish response to criticism and sometimes outright denial. It does not help that he has repeatedly ignored requests to testify before British and Canadian MPs investigating his group’s behaviour.

There was a time when his unshakeable confidence could impress the giants of his industry. In his book, Becoming Facebook, Mike Hoefflinger, a former executive at the company, tells of a 2009 meeting between Zuckerberg and Silicon Valley statesman Andy Grove, the late head of Intel. One of Grove’s first questions was: “How did you turn down Yahoo’s $1 billion?”

“I just thought we could do it,” replied Mr Zuckerberg.

In that answer, writes Mr Hoefflinger, “one visionary CEO with willpower recognised another across a chasm of nearly two generations”.

That was 2009. In 2019, Zuckerberg’s willpower remains undimmed. But so does the fact that it has clouded his vision to the point that it may yet lead to his downfall. – Copyright The Financial Times Limited 2019