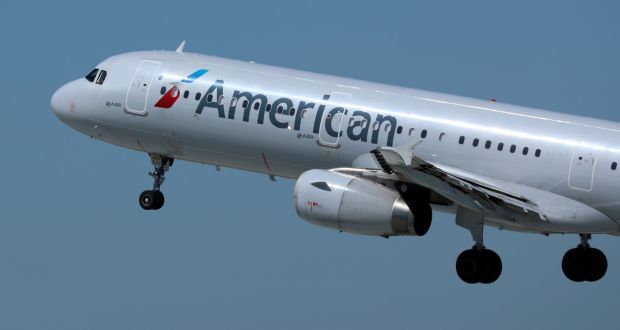 A new cabin set-up is to be rolled out in more than 200 of the aircraft American Airlines uses on domestic flights. Photograph: Reuters/Mike Blake

It has been a while since I last flew on American Airlines and from what I’ve been reading about its latest jets in the past few weeks, this is just as well. It’s not just the rich mix of complaints about the airline’s new Boeing 737 Max planes: economy seating so crammed it is tricky to use a laptop, no seat-back video screens, bathroom sinks so shrimpy you can only wash one hand at a time.

It is not even that the 156 people in steerage have two lavatories so narrow that some passengers have reportedly had to lever themselves out to avoid getting wedged inside.

What seems more astonishing is that Doug Parker, American Airlines’ chief executive, may not have flown in the planes himself even though the new cabin set-up is to be rolled out in more than 200 of the aircraft his company typically uses on domestic flights.

A blogger first wrote in January that Parker had told employees he had not been on the plane, a small batch of which had been launched two months earlier.

Reporters who later tried to check the claim got nowhere, and when I asked American about it, I was told: “We don’t provide specific details of our individual leaders’ travel schedules.”

I find this odd. Chief executives are often happy to blather about using their goods or services, as they should. If they appear to prefer alternatives, why shouldn’t everyone else?

And the practice of testing out new products oneself is so common it has acquired its own, fairly awful, name: dogfooding. This is short for “eating your own dog food”, jargon from the software industry where it is thought that if bosses and underlings use the stuff they build, customers can see that it works and employees will soon know if it doesn’t.

One of my favourite case studies comes in the 6ft 1in form of Rupert Soames, a grandson of Winston Churchill who was brought in to run the scandal-ravaged outsourcer Serco in 2014.

As he told a couple of my colleagues last year, he regularly travels by sleeper train on a rail service that Serco runs between London and Scotland, and once had a “rather nasty, itchy sensation” after new bed linen was introduced. This turned out to be fire retardant on the sheets, a glitch Soames was able to detect because, as he explained, in his family “we don’t wear pyjamas”.

Admittedly, snoozing on a sleeper train is preferable to squeezing into a seat in economy. I do not blame any chief executive for not wanting to fly in coach – except if they actually run an airline.

Testing one’s own products does not, of course, guarantee customer loyalty. Last week I phoned the parent company of British Airways, IAG, to see when its chief executive, Willie Walsh, last flew in coach.

“Willie has flown on all five of our airline brands – Aer Lingus, British Airways, Iberia, Level and Vueling – in a variety of cabins during the past year,” the press office told me, and yes, that included economy.

Sadly, this did not stop BA falling to third from the bottom in last year’s annual Which? consumer group airline ranking. That’s hardly a surprise given the airline’s decision to do away with free food on its shorter flights. Nor does it disprove the general theory of using what you sell.

The form of transport I use most days is the London Underground. Years ago I always seemed to be arriving at work in a late and sweaty funk, having crammed myself into a grubby, jam-packed carriage that repeatedly stopped without warning en route.

“Does the Tube boss ever use this thing?” I would whine at whatever hapless person happened to be the Financial Times’ transport correspondent at the time.

Perhaps I’m inured to the horror, but the service seems to have improved. Surveys suggest passengers are slightly happier. And what of that Tube boss?

For the past three years London’s transport chief has been Mike Brown, who previously ran the Underground. He uses the Tube “every day”, his office told me last week, sometimes to get to work and sometimes to get across town.

Maybe it’s just a coincidence that the Tube now seems to be more bearable but, actually, I very much doubt it.