Pilita Clark: When sticking to the status quo is stupid 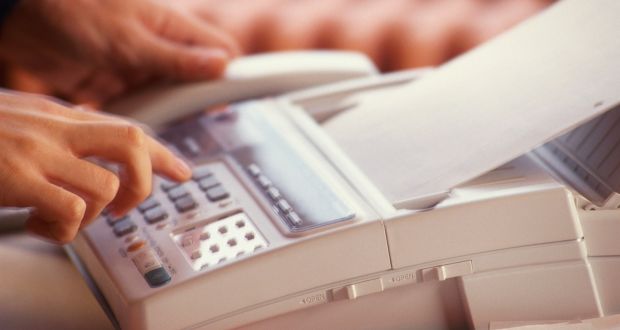 The NHS is one of the world’s largest buyers of fax machines. Worse, NHS doctors are still being issued with hopelessly outdated pagers

What do these four companies have in common: Walmart, Uber, Levi Strauss and Tyson Foods?

The answer is simple yet to outsiders also baffling. The four are among the hundreds of US businesses that went out of their way to get people to vote in last Tuesday’s midterm elections.

Levi Strauss gave its workers paid time off. Uber offered $10 off a ride to the polls. Patagonia, the outdoor clothing outfit, closed its stores across the country so its employees could vote, a step it also took in the 2016 presidential election.

Across the US 44 per cent of companies offered workers paid time off to vote this year, according to the Society for Human Resource Management.

At one level this is entirely sensible. The US has one of the most abysmal voter turnout levels in the developed world, especially in midterm elections. There hasn’t been a solid majority voting in midterms for more than a century by some estimates.

Yet the problem Patagonia and Co are battling is also a sign of something less admirable: the curious urge to stick with outdated, illogical or flawed ways of doing things even when smarter alternatives are obvious.

This is a subset of the bias towards the status quo that has preoccupied generations of behavioural scientists. It explains everything from relentlessly ordering the same pizza each week to sticking with the same power company for years.

It is harmless enough and even rational in many cases: why waste time on something new that might not end up working? But at least three examples of it should be ditched, starting with a voting system so flawed that no one blinks when companies step in to prop it up.

It is hard to think of much that is more archaic than the US laws dating back to 1845 that require elections to be held on the Tuesday after the first Monday in chilly November, a day that once suited farmers in a mostly agrarian society.

When Pew Research Center asked modern voters why they didn’t vote in the 2014 midterms, a not insignificant 35 per cent said they were too busy with work or school. Such worries are eased in most of the OECD’s 36 countries: 27 sensibly hold their national elections on the weekend and of those that don’t, two make weekday voting easier by declaring election day a holiday.

The idea that companies in these countries would need to discount their products on election days, let alone shut their stores, therefore looks odd. It is even odder in the 20-odd countries where voting is compulsory.

US lawmakers have been pushing for election day holidays or weekend voting for years. Lobby groups have championed it. And yet Tuesday voting persists. This bias towards the status quo may not be irrational. Conventional wisdom holds that higher voter turnout favours Democrats more than Republicans, though the evidence for this is mixed.

Yet there is little excuse for another striking example of the tendency to stick with what is known: the ongoing use of pagers – and faxes! – in Britain’s National Health Service (NHS).

Not that long ago I met two young medics who were joining the many junior doctors leaving the NHS because of low morale and burnout. They told me something startling: the NHS is one of the world’s largest buyers of fax machines. Worse, NHS doctors are still being issued with hopelessly outdated pagers.

One report last year claimed that use of pagers has dwindled so much that there are only about 1 million left in use worldwide – and about 130,000 of them were in the NHS. The over-stretched service could save up to £2.7 million a year by switching to smartphones, it calculated. In the US, and no doubt elsewhere, doctors are sensibly switching to far more efficient and useful iPhones. Why has it taken so long for the NHS to do the same?

The same question applies to a third case of status quo silliness, one of the most irritating sentences in the English language: did you pack your bags yourself today? It is hard to believe this has ever been anything but a waste of time for all concerned, from airport workers to passengers, and yet it persists.

There are surely worse examples of mindless inertia and I am always glad to hear them. But it would be even more cheering if they never existed at all.