Pilita Clark: When drinking at work is a good thing 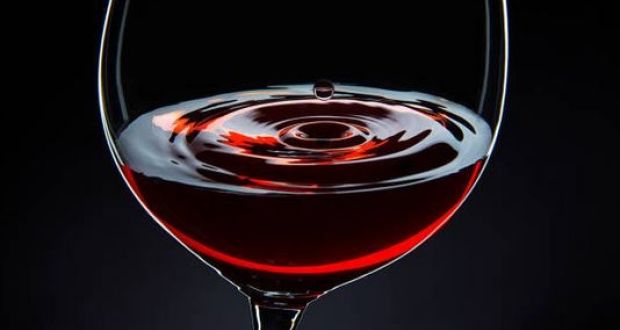 I have seen a study showing that people who simply hold an alcoholic drink in their hand are deemed less intelligent than those without one, a phenomenon the researchers called “imbibing idiot bias”. Photograph: Getty Images

Not that long ago I had lunch with a man from a big tech company and a woman in the magazine business who both said something remarkable when the waiter asked if we wanted to see the wine list: “Yes, please.”

It was so long since I had seen anyone drink anything more exciting than fizzy water at a work lunch that it took me a second to process the idea and another before I blurted out that, what the hell, I would have a glass too.

I strolled back to the office feeling rather pleased with myself, until I sat down to write an email about an annoying PR man that I nearly fired off to the man himself by mistake.

Yet, last week I came across some numbers that suggest there is something to be said for working when slightly drunk.

A US experiment reported in Harvard Business Review showed that when 20 young men drank enough vodka cranberry cocktails to push their blood alcohol levels close to the legal limit of 0.08, they solved a bunch of word puzzles better and faster than 20 other blokes who stayed sober.

The puzzles did not sound like anything I would ever deal with at work. (Think of a word that relates to “duck”, “dollar” and “fold”. Answer: “bill”.) But according to one of the researchers behind the test, Andrew Jarosz, the results backed up the idea that being mildly sloshed makes one more creative because it dulls the ability to focus.

The thought that there might be anything good to say about being tipsy at work sounded so at odds with the modern office that I phoned Jarosz to see if he thought there were any jobs – including mine – that would benefit from more lunchtime negronis.

Sadly, he did not.

“Every job to a degree requires focus,” he said. And although every job also has moments where losing that focus could be helpful, “most of the time you don’t want to be drinking at work”.

But is it possible that sobriety has gone too far? I have found myself wondering this when the FT invites a bigwig in for a boardroom lunch, where a glass of decent wine is almost always on offer. I can’t remember the last time I saw anyone touch it.

I can remember, vividly, accepting a glass myself at the first of these lunches I went to and watching with deepening alarm as every other person around the table politely refused and asked for water.

The situation was worse than I thought. I have since seen a study showing that people who simply hold an alcoholic drink in their hand are deemed less intelligent than those without one, a phenomenon the researchers called “imbibing idiot bias”.

Clearly they had not heard about Jarosz and his vodka cranberries, let alone the fact that many of us started work in offices where drinking was routine.

Nor had the colleagues under 30 I spoke to the other day to see what they made of the idea that quaffing in the office could have its pluses. Eyes boggled. Mouths dropped open. Everyone, male and female, thought the whole thing would make them feel “uncomfortable”, “awkward”, or just rubbish at their job.

I do not blame them considering what can go wrong when one is squiffy, especially in Britain. Not so long ago a London trader on a bender after a weekend golf trip managed to send the price of oil to an eight-month high after buying seven million barrels of crude in the middle of the night.

A few years later a woman who had been drinking heavily stole a passenger ferry in Devon where a court later heard she had smashed into other vessels “like a pinball machine” as she made her escape shouting “I’m Jack Sparrow”.

None of this is good, obviously. Yet, in the course of researching this article I asked a well-read man what he made of 21st-century sobriety, who immediately said: “The Persians!”

It turns out the Greek historian Herodotus once wrote that when the ancient Persians had to make an important decision, they would make a choice when drunk and if it still seemed a good idea the next day when they were sober, they would go with it.

This would never work today, I know. But can I be the only one who would be pleased to see it tried? – Copyright The Financial Times Limited 2018