Pilita Clark: what is truly likely to become a reality in one’s lifetime? 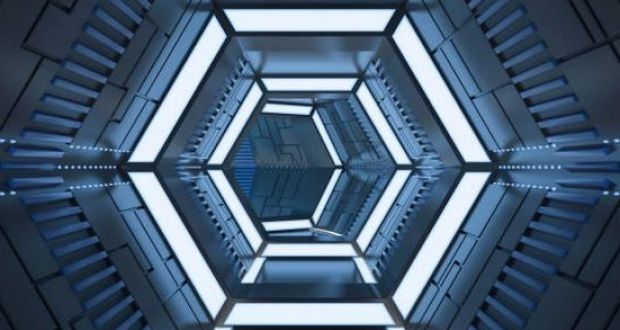 Life-long personal avatar assistants are deemed to be at least 10 to 20 years away. Photograph: Getty Images

Every so often I have lunch with a maths whizz who spent years in investment banking and is obsessed with the future of technology. He is not a household name himself, but he talks to a lot of people who are, and I always come away from our meal thinking about something to do with technology that I had not thought of much before.

This is not always cheering. My friend has long shared Elon Musk’s fear that artificial intelligence poses an existential risk to human civilisation. And that was before last week’s news that Amazon’s Alexa digital assistant had been cackling creepily at startled owners for no apparent reason.

But I am also struck by how much working life could change if even a fraction of the technologies that companies are working on ever take off.

Being whisked to the office in a vacuum tube train would be a serious advance on the rush-hour Tube. Reading email through a bionic contact lens could be useful, though not as good as having a personal avatar answering my phone, or an invisibility shield I could whip out to dodge the approach of unwanted humans.

Yet what is truly likely to become a reality in one’s lifetime?

One of the UK’s top universities has just had a stab at an answer. Imperial College London has an outfit called Tech Foresight that tries to help boardrooms understand what is happening in the lab and how it is likely to affect their company. Bravely it has ranked 99 technologies, from implantable phones to head transplants, according to how soon they could become ubiquitous.

Other technologies seem too close to Big Brother for comfort. Public mood monitoring could be upon us in 10 to 20 years

The ranking is based on factors such as the number of companies working on a particular technology, the sums they are spending, whether people are likely to love or loathe the innovation and how disruptive it could be.

Number one on the list is something that is already here but will not shake the world: a smart nappy that promises to make the “sniff test” a thing of the past with a monitor that can alert parents to the need for a change.

Disappointingly, life-long personal avatar assistants are deemed to be at least 10 to 20 years away, and vacuum tube transport is an even more distant prospect. Like male pregnancy, it is not expected to be widely available for 20 or more years.

The same goes for a lot of other things I would not mind seeing sooner, including invisibility shields and artificially intelligent board members, which presumably would be no worse than some human versions.

On the upside, we could be closer to some helpful stuff, including human organ printing and artificial blood.

Comfortingly, machines that are not just merely smart enough to beat us at chess, but could decide to grind us to a pulp if they felt like it, are ranked at number 99 on the list

Other technologies seem too close to Big Brother for comfort. Public mood monitoring could be upon us in 10 to 20 years, according to the list. This includes technology that could remotely read facial expressions or detect heart rates accurately enough to predict whether a football crowd is about to riot, says Nik Pishavadia, Tech Foresight’s director of corporate engagement.

I am not sure about that. As Mr Pishavadia says: “There are some things that will be more or less acceptable to people and that will affect the route they take to market.”

Grind us to a pulp

That brings us to the most frightening of the lot: artificial consciousness.

Comfortingly, machines that are not just merely smart enough to beat us at chess but could decide to grind us to a pulp if they felt like it are ranked at number 99 on the list.

Along with human cloning and telepathy, they are classed as “fringe science”, meaning the technology is highly improbable but not impossible – and important to watch.

The Tech Foresight list is not comprehensive. I was sad to see it does not include personal jetpacks, which James Bond was using as far back as the 1960s, or even flying cars.

The authors say they had to draw the line somewhere. They also warn that their list is supposed to provoke as much as predict, and I hope it will.

In the meantime I have resigned myself to answering my own phone, using the Tube – and staying away from Alexa for quite a while to come.