Pilita Clark: Please do not bring your ‘whole self’ to work 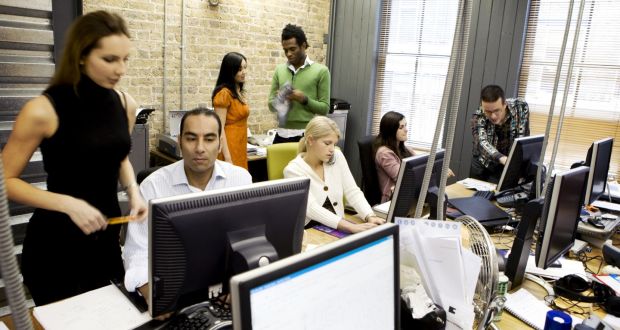 “No one really has a clue what whole-self working means. A lot of companies use the term to suggest they are in favour of a diverse and inclusive workforce.” Photograph: Getty Images

I stopped watching The Apprentice a couple of years ago, but the other night I turned on the TV to see that this had been a mistake. There was Alan Sugar, the stroppy business magnate, reminding the show’s latest crop of contestants about the two vital qualities he always looks for in an offsider: “Make me money and don’t piss me off.”

I immediately felt a rare surge of admiration for Lord Sugar. In eight words, he had summed up a core truth about what companies have always sought from their workers – but are increasingly reluctant to admit.

I thought of this a few days later when a friend emailed about a job advert he had just spotted. It had been posted by a bank he used to work for, which was claiming to be the sort of place where you could “bring your whole self to work”.

My friend said he had never heard such drivel. Sadly, I had. This fatuous phrase has blossomed into ever wider use in offices around the world, where it masterfully suggests a company is run by the polar opposite of Lord Sugar and is so anxious to please its workers it is happy to have them behave at work as they would at home.

This is patently untrue. Companies want workers who are industrious and easy to manage. Workers, for that matter, are generally looking for companionable, civil colleagues who get on with the job at hand. Yet a quick trawl through LinkedIn last week confirmed how far the idea has spread.

Northrop Grumman, the big US arms seller, was advertising for a weapons manual editor to join what it said was a culture that “thrives on intellectual curiosity, cognitive diversity and bringing your whole self to work”. KPMG’s ad for an economic analyst insisted “we want you to bring your full self to work and truly maximise your potential”. Over in Australia, the Southern Cross Austereo broadcasting group was hunting for a radio journalist who it vowed would be given “everything you need to bring your best self to work”.

There are several problems with all this, starting with the fact that no one really has a clue what whole-self working means. A lot of companies use the term to suggest they are in favour of a diverse and inclusive workforce, both of which I favour. Yet for others, it means something else again.

Early whole-selfers, such as Facebook’s Sheryl Sandberg, suggested it meant being unafraid to share one’s personal life with colleagues or “authentic communication”, as she put it in her 2013 bestseller, Lean In.

I am not sure how this squares with the unfortunate picture of Ms Sandberg that emerged in a recent New York Times story that claimed she blasted staff after coming under pressure over suspect Russian activity on the network.

But it has little to do with the definition offered by Pepsico’s chairwoman, Indra Nooyi. As she once explained, her company wants to be a place “where every employee can bring their whole self to work and not just make a living but also have a life”. To this end, it had brought in flexitime, daycare centres and other measures to make life easier for working women.

The idea seems to mean something else entirely in New Zealand, where the Auckland council recently tested a bring-your-dog-to-work day. This would boost inclusivity, one councillor explained, “as employees can bring their whole self to work”.

One of the most annoying aspects of the idea is the belief that its absence amounts to a problem.

This is the theme of an entire book on the topic, published this year by Mike Robbins, a self-described thought leader and sought-after speaker. He claims we suffer when we don’t bring our whole selves to work because we waste too much time trying to fit in and we can’t do “our best, most innovative work”.

But do we? I have worked with a lot of innovative, clever people who never cared to talk much about their personal lives. I was perfectly happy to think they behaved differently at home than at work. I suspect they felt the same about me.

That leads to my final objection. The people who find it easiest to be themselves are the ones who run the show. This may not be fair. It may not be pleasant. But I doubt there will ever be a better example of what it truly means to bring your full self to work than Donald Trump. – Copyright The Financial Times Limited