Pilita Clark: Music all day at my desk? No thanks 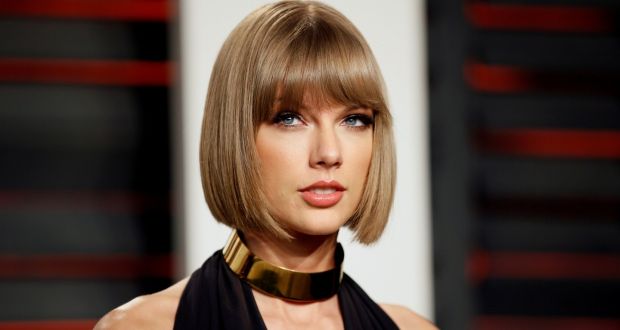 Taylor Swift: “I don’t see how that would work,” said a frowning 22-year-old about office music. “Listening to Taylor Swift all day would be very grim”

The other day I went to an office where there was something so odd that at first I thought it had to be a horrible mistake.

It was home to a workplace design agency called the Fourfront Group that had been built to show off the latest in office set-ups. The kitchen was large and airy, all the better to lure workers to mingle and swap ideas. The desks were mostly hot. Chucking your coat over a chair to nab one was banned and so was eating at them. Snacking from a toilet seat was more hygienic, I was told. Better to get up and “connect” in the kitchen or the nearest coffee shop.

One of the few rooms with a door had “perching stools” on a pole that deliberately wobbled to stop meetings dragging on. I liked the look of these, though I was less sure about the walls, which were dotted with mantras such as “don’t be an arse” from what the agency calls “the Fourfront Way”.

But as I was being shown around something far more grating kept disrupting my thoughts. Eventually I realised it was the sound of a radio, and it seemed to be coming from the ceiling.

“What’s that?” I asked, pointing in the general direction of the noise.

Music in the office turned out to be part of a growing movement to make the workplace more homely, welcoming and less formal

“They’re Sonos speakers,” I was told, and, no, the radio had not been left on by mistake. Anyone in the office with a Sonos app could pick what to play and at that moment it was a local radio station.

“Really?” I blurted out, immediately realising from the silent faces around me that this was entirely serious.

Music in the office turned out to be part of a growing movement to make the workplace more homely, welcoming and less formal. Companies competing for younger recruits apparently find it especially appealing.

Fourfront says about 30 per cent of its clients chose to have music playing and though they tended to be companies with younger workers making things like software, the trend was spreading.

Architects, construction firms and professional consultants were no longer ruling it out.

“We have Spotify Fridays in our office,” said a PR person on the tour who worked at another company. People picked a list of tracks based on anything from animals to the year they were born, he said, and everyone loved it.

I could see this might work in some places. But was it really becoming routine in ordinary offices where people needed to concentrate and escape was impossible? What if you couldn’t stand your colleagues’ taste in music? Who decides what’s played? What happens if you are on the phone trying to impress some important stranger with Bruno Mars blaring in the background?

As soon as I got back to work I fired off a few emails to people I knew around the City of London to see if music had penetrated their offices and what they thought of the idea.

'I don’t see how that would work,' said a frowning 22-year-old. 'Listening to Taylor Swift all day would be very grim'

An architect told me the sudden arrival of speakers piping “rubbish pop” around the office was one of the main reasons he decided to quit a firm not long ago.

When I asked what people in my own office thought, I might as well have been suggesting we start a Come to Work Naked Day.

Even younger colleagues balked at the idea. “I don’t see how that would work,” said a frowning 22-year-old. “Listening to Taylor Swift all day would be very grim.”

But the PR man had a point: music in the office is by no means a rarity. Some organisations are using it because open plan offices are so quiet that private conversations are impossible.

It still sounds dreadful to me. I did eventually find someone at a big white-collar firm who had been seconded to work in an office where he said the piped music in one spot was remarkably useful for the task at hand.

It was not at his desk nor even in the kitchen. It was a place where he often waited in self-conscious silence, hoping for a bit of noise, and the music did the trick brilliantly. It was the lavatory.

And as far as I am concerned that is precisely where the idea of playing music out loud in the office should stay. – Copyright The Financial Times Limited 2018