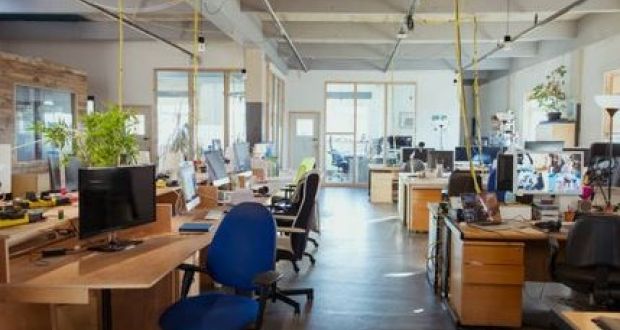 LinkedIn is an exhausting place to visit as a rule. It attracts an inordinate number of people who are excited, pumped, psyched and stoked, usually because they have just moved jobs but sometimes because they have made it in to work in the morning. So it was sobering to see a distinctly downbeat bit of news on the site the other day.

It came from Ed Whiting, strategy director at the Wellcome Trust, a large biomedical research foundation in London that jolted the world of work four months ago by saying it was thinking of testing a four-day week.

The four-day idea has been on a roll in Britain. Trade union bosses have been calling for it. The Labour party has commissioned historian Robert Skidelsky to look into it. A few employers have tried it, lured by research suggesting shorter weeks can make people less ill, less mistake-prone and more productive.

None were as big as Wellcome, which has about 800 staff. So there was understandable excitement about the news that it might join the four-day push. But Whiting, a former adviser to ex-prime minister David Cameron, had bad news on LinkedIn.

After much consultation and debate, Wellcome had decided it could not even do a trial of the four-day week without “an unacceptable disruption” to its business, he said.

If people need to take different days off, why insist everyone has to be away on the same day?

As setbacks go this was considerable. But it also offers some important lessons. Some of Wellcome’s reasons make sense. Others less so. Overall it shows that people like me who are partial to the four-day idea need to put a lot more thought into it.

So what made Wellcome back out?

First, there was a question of fairness. Whiting said the trust’s staff did a lot of different jobs. Some managed research grants; others ran an endowment fund; some kept a museum open to the public seven days a week. It was not going to be fair to let some people work four days if others had jobs that made this much harder to do.

There was more, as I discovered after talking to Wellcome’s press office. Some staff were already working part-time so that they could care for relatives. What if Wellcome decided to close on one of their chosen working days? Others did not want to take any day off at all. They either preferred work to alternatives or thought it better “for their mental health” to spread their work across five days instead of four.

I understand these concerns, but I am not convinced they are all deal-breakers. If people need to take different days off, why insist everyone has to be away on the same day? If they are really desperate to work all week, why stop them?

I can, however, readily accept another big explanation for Wellcome’s decision: bringing in a four-day week is a distraction for managers and the managed alike. This can’t be ignored in any organisation, let alone one doling out research money to help save lives around the world.

There is also the question of money. Whiting says cost was not an issue at Wellcome. But it has been in other trials of shorter working weeks, like one in Sweden where care home nurses’ hours were cut from eight to six. The nurses were happier but the care home, unlike an office, needed workers around the clock so more people had to be hired and costs went up.

Still, the four-day week seems to offer benefits that can offset or even outweigh those costs in some cases. In Glasgow a telephone and digital marketing company named Pursuit Marketing says it has saved hundreds of thousands of pounds in recruiting costs since word spread that it had made Fridays voluntary in 2016. Productivity has jumped by 30 per cent, and sickness days among the business’s 160-odd people are almost zero.

None of this should be dismissed. The four-day week has much going for it. But its complexity cannot be ignored, and it cannot be reserved for white-collar workers who can do it more easily. In other words, cutting down on the working week will take a lot more work than has been done so far. – Copyright The Financial Times Limited 2019