Pilita Clark: Mistakes happen – how we deal with them matters 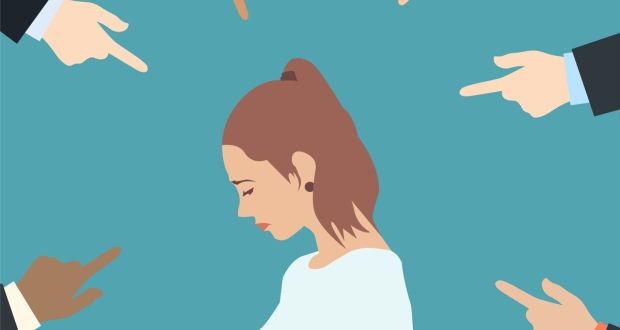 People have to feel it is safe to report a problem. The Chernobyl disaster showed the dangers of a culture of fear.

Last week I saw a woman make one of the most appalling mistakes at work I have ever seen.

It happened in Official Secrets, a film based on the true story of an explosive US intelligence memo that was leaked to Britain’s Observer newspaper on the eve of the 2003 Iraq war.

The document revealed a plot to bug UN Security Council delegations and, in one of the movie’s most riveting scenes, Observer journalists are celebrating their scoop when they discover something dreadful: people in the US think the memo is a fake.

The version the paper had published was full of British spelling no American would use. “Recognize” was spelt “recognise”. “Favorable” was “favourable”.

It slowly dawns on the crushed reporters that someone on the paper had “corrected” the US spelling when a printed copy of the memo was typed into the computer system for publication. Eventually, a shell-shocked young woman stands up and admits she is the culprit.

In real life, that was Nicole Mowbray, then a twentysomething assistant on the foreign desk in her second week on the job. As she wrote this year, she wasn’t told anything about the document’s origins when she was asked to type it carefully into the system, so thought she was being helpful when she changed the spelling. Watching her error unfold at an early screening of the film had “felt like being punched in the throat”. “I felt the shame all over again, and sobbed silently into my tissue.”

Good God, I thought. That could have been me. Slip-ups happen in every job. Journalists are by no means the only workers who rush to meet urgent deadlines and our mistakes are rarely fatal. But watching Mowbray’s blunder reminded me of the insights our industry offers into a very common dilemma: how to deal with mistakes at work.

First, it is important to acknowledge that errors are going to happen, especially when people are still learning the basics like the need to relentlessly check numbers and names.

The horror still lingers from a day in my 20s when I renamed Brig Alf Garland, one of Australia’s best-known military figures, as the bigoted sitcom loudmouth Alf Garnett.

I wish I could say it was my last atrocity but sadly it was not. The good thing is, it never made it into print. It was caught by a subeditor, one of the unsung army of gatekeepers without whom no serious news organisation can function. Similar jobs exist at other outfits, and protecting them from cost-cutters often requires constant vigilance. But even the best watchdog systems are fallible, which is why newspaper correction columns have long been a rich source of joy.

Over the years, the Financial Times has had to clarify that India’s former prime minister, Morarji Desai, “drank his own urine and not cow urine”. And an aviation executive we quoted saying airlines in his region should not be “taking directions from an overseas parrot” had actually said “overseas parent”. Other publications have apologised for reporting Russia is run by “Vladimir Trump”, and for saying a rock band member was “on drugs” in a story that should have said he was “on drums”. I know all this because each case features in a special class that one of the FT’s wisest heads runs on mistakes and how to avoid them.

The class itself is an excellent idea. It sends a message that accuracy really matters. It uses valuable in-house know-how that organisations ignore at their peril. And it’s full of useful tips for dealing with disaster when it happens, like the need to fess up fast. The earlier a mistake is detected, the sooner it can be fixed, a move that generally cements customer loyalty. Yet that means people have to feel it is safe to report a problem. One need not be a student of the Chernobyl nuclear disaster to know the dangers of a culture of fear, but it is striking how often people manage to muck this up.

Finally, it pays to be mildly paranoid at all times. A twitchier editor of a 1980s FT story on Yugoslavia might have checked before adding the note a colleague had scribbled on a draft of the article. Instead, readers were memorably alerted to the fact that legal reforms could “lead to the discovery of Yugoslav agriculture as a viable investment. And pigs may fly.”– Copyright The Financial Times Limited 2019